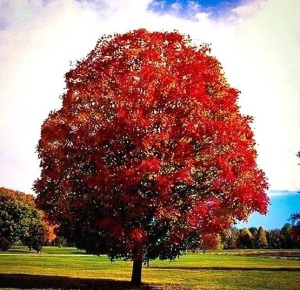 Good morning, and good Thursday.  It’s blog day, of course, and I hereby officially welcome you all to another weekly post.

My experiment with tags last week worked very well, i.e. labeling my post with the tags “sex,” “drugs,” and “rock ‘n’ roll.”  I’m not up to doing such a thing on a regular basis, though.  In fact, I doubt that I’ll do it more than once.  Of course, it may be that those inaccurate tags simply weren’t as off-putting as the ones I’d used the previous week, which upon reflection might have seemed weird and (incorrectly) New Agey.  I think one of them was something along the lines of “cosmic caring,” and that’s bound to make a discerning reader want to keep his or her astronomical distance.  I can’t blame them.  I’m too embarrassed even to go back and look at what my other tags were.

Of course, it may be that the post from two weeks ago was just too dry and dreary to be endured.  I tend to be that way when in a glum mood, and I’m sure that even hypothetical people who are really, deeply interested even in my darkest thoughts* would find my melancholier musings stultifying.  Even my humor tends to be dark, and though I do try when I can to make my darkness humorous, I know it’s still probably unpleasant.

On a lighter note:  I got my vehicle back yesterday, after almost two weeks without it.  I was so pleased that, even though I got thoroughly soaked just riding it back from the shop to work**, I was as happy as a pig in shit.  Even by the time I got home, I was still borderline giddy.  I doubt that I’ve smiled that much since, oh, maybe 2011 at the latest.

Taking the train has been good for me in some ways, though.  I’ve been forced to walk between 2.5 and 5 miles a day, and I can tell that it’s had a beneficial effect on my endurance.  My back, however, which as I noted last week has been experiencing an exacerbation of its chronic pain, has not been pleased!  Having no stegosaurus-style brain with which to be able to articulate its concerns, or with which to understand the necessity of the extra work I was giving it, it mulishly insisted upon reminding me with every breath that it was pissed at me.

Thankfully, the train, and my habitual early hours, continued to allow me to edit.  Unanimity is getting whittled away, as I strive to remove all the bits of it that don’t look like a good pseudo-sci-fi horror novel.  I still like the story, and I still like the characters—including the “bad guy”—so that helps a lot.  Even if I didn’t, I think I’d be able just to push myself through as a matter of stubbornness, something with which I’ve been endowed in great quantities, but I’m glad it’s not necessary.

And in other news, I can’t let the arrival of October go unheralded.  It’s generally my favorite month, because Halloween is my favorite holiday.  Once it’s over, the steady shortening of the daylight hours becomes pronounced enough the wear me out.  By the arrival of the Winter Solstice, I’m often so affected by the season (get it?) that I feel like celebrating the holidays with a game of Russian Roulette***.

October, however, is still fun, though in south Florida it’s lamentably un-autumnal.  This will be the first year in a few (I think) that I won’t have a new horror short story to release around Halloween, which is a bit disappointing, but Unanimity is such a big project that I want to make it the sole focus of my fiction work.  I hope it will be worth the wait.  It’s ambitious, at the very least, even if I can say nothing else about it without subjective bias.

I am still finding myself sidetracked here and there by music; I’m working on another new/old song and have early work done on a few fully new ones, but those really are a personal indulgence, a set of vanity projects if you will.  I have no idea whether anyone would ever willingly listen to them if they didn’t know me.  My stories, I think, can stand on their own.  Maybe I’m wrong.  I guess, ultimately, it doesn’t matter, since I’m writing them because I want to write them, just as I’m doing the songs because I want to do them, and I can only offer whatever I am for others to waste or hold as they see fit.

Speaking of wasting, that’s probably enough blogging for today.  Including the footnotes, this post is already over a thousand words long.  Once I get going, I’m hard to shut up.  It’s lucky for all of you that I have a day job, or I’d probably be doing this more often, and even the kindest of readers might lose patience.  Perhaps there are Everettian branches where that’s happened, or maybe there’s some infinitely repeated version of me that meets that description somewhere out in one of the other versions of the multiverse—if any of them exist (if you’re unfamiliar with this subject matter, you couldn’t get a better introduction to it than Brian Greene’s The Hidden Reality, which I recommend unreservedly).

*I don’t recommend it.

**My “vehicle” is a scooter…though it’s a scooter with a 600cc engine, so it’s really just a motorcycle with automatic transmission.  It provides no protection from the rain, which rather hilariously was absent right until the day when my scooter was ready to ride again.

***I did that very thing once at that time of year.  I lost that game, unfortunately, as should be obvious from the fact that I’m here and writing.  But, of course, as with all such games of chance, the odds are against you, and the house usually wins.