It may not be morning when you’re reading this, but it is morning when I’m writing it, and since the time any given person reads it is variable—it could be anywhen from noon back round to noon, and in any time zone—the only stable point from which to make departure is that time in which I am writing.  Thus, again:  good morning.

I’m using my laptop today, which is easier and faster, though it may lead to the post being more wordy and rambling than the ones I wrote on my phone.  Perhaps not.  Those who’ve said anything at all have said they can’t tell the difference.  It feels different, of course, but then, it would feel different, wouldn’t it?  A laptop and a smartphone are, despite many common attributes, very different devices with which to work.

I’m waiting for the second train this morning, rather than having gotten up for the first as I did the previous two days.  It’s not that I wasn’t up frequently during the night; I was awake well in time to come for the first train, but somewhat ironically, since I’m not feeling quite as physically ill, I was able at least just to lie there “in bed” and wait until five minutes before my alarm went off before getting up.

Of course, given my traditional greeting, in case you don’t know, it’s Thursday, the day I’ve long reserved for writing my blog posts, even when I didn’t write them any other day.  As with the time, you might be reading this on pretty much any day of the week, but I’m writing it on Thursday, and that’s not going to have changed, unless reality is far more fluid than it seems.  I’m pretty sure it’s not.

I’ll briefly relay an issue I had when I arrived at the office yesterday, already sick and uncomfortable, forcing myself to go in when I should have stayed in bed because it was payroll day.  Suffice it to say that I had to rush to the restroom when I arrived, only to discover that the toilet paper had not been maintained as I’ve always asked people to do, even in my absence, and I was caught rather short.

I decided to enact a temporary, prison-style system of people having to be responsible for their own toilet paper, since they couldn’t be responsible for looking out for each other according to very simple procedures of letting someone know when they take the last replacement roll from the cupboard.

I’ll revert to the old system today, for stability’s sake, but it’s frustrating that grown people don’t take simple steps to be considerate.  I wish I could fit everyone at work—including myself—with a shock collar, to activate when someone does something rude or inappropriate.  Of course, the person I have most complaints about is myself; the very fact that I get so angry about everything, and always feel so tense, just makes me hate myself more every day.

I have an electric stunner at the office—I bought it because in Unanimity, some characters use them for specific purposes, and I needed to know how they sound and look when activated, and how easy it was to get one.  I do various things to hurt myself when I’m either too angry at myself to hold back, or so stressed out by various things people do that I want to lash out, but I can’t allow myself to do such things, so I let it out where I can, at myself.

I’ve destroyed my own writing and art work, I’ve banged my head against desks and walls and tables until I bruise myself, I’ve punched walls—the first two knuckles of both of my hands are slightly bulbous from my having done this often over many years—I’ve thrown away precious items and books, and I’ve hurt myself in more extreme ways than these, but I won’t get too much into that*.  I don’t want to have to title another blog post with a trigger warning, especially not on a day when the title is supposed to be a minced Shakespearean quote.

The point is that I’ve never tried using my stunner on myself, mainly because I’m nervous about how it might interact with my chronic pain, which is at least partly neuropathic in character.  I don’t want to trigger muscle spasms or neural feedback loops or the like.  It probably wouldn’t do any bad or good, though; I’ve used TENS units with no particular benefit, even at very high power.

That’s the character of my life.  Each day is a loosely connected string of things I do to try to distract myself from chronic pain, tension/stress, sleep loss, dysthymia/depression, and deep inability to connect with anyone despite being profoundly lonely.  It’s a shitty ride, I’ve gotta say.  I’m not even going to give it one star on TripAdvisor.

People sometimes say** things like, “Hang on, keep going, there are people who care about you, you’re not alone.”  And that’s nice, and I’m sure there are people who care, at least in the abstract sense.  But it’s at least a bit like saying, “Hang on, keep going, there’s a supermassive black hole in the center of most galaxies!”  It’s true, and it’s interesting.  It’s something I care about.  But it has no apparent impact on my daily existence and the fact that I hate myself and hate my life.

I don’t have any answers for myself, in case that’s not obvious.  But I’m getting wearier and wearier of just plodding along, without any goal, and with no one nearby to talk to, with all the people I’ve cared most about not wanting to be around me.  Who can blame them?  You’ve read my writing; how much time would you want to spend with me?

Anyway, that’s enough for today.  I hope all of you out there are doing well, and have things for which to live, and people around you who love you and care about you and want to spend time with you.  If you do, please be grateful and treasure them. 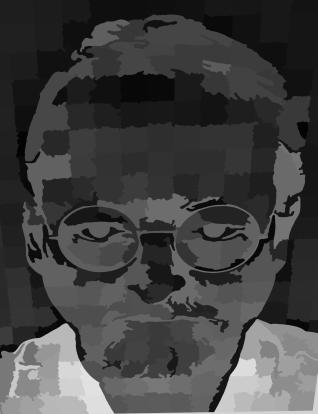 *Although I will give a caution about one long-past event:  don’t hit yourself in the kneecap with a ball-peen hammer, even if you’re doing it to distract yourself from chronic pain.  Just…don’t.

**Or, to pick nits, they write such things.

This is an addendum, to be added to today’s blog post at the end.  The train I’m waiting for is delayed, and they keep running an automated announcement overhead that it’s delayed “10…15 minutes”.  But it’s already 25 minutes late, and according to the app that tracks the trains, it’s going to be at least 10 more minutes before it gets here, so the announcement is just wrong, and that grates on my nerves far more than it ought to do.  Of course, as always with delays, the train will be more crowded, because people who would have missed the usual scheduled time, or who arrive early for the next train, will be aboard.  I feel like I’m going to split in half because I’m so tense about it.  When the whole universe, or at least everything related to humans, feels like the Enemy, it doesn’t take all that long to become shell-shocked.  I feel that I have no escape and no comrades, like I’m the only member of my species in a strange, foreign universe.  I think I’m on the verge of some breakdown.  Hell, maybe I’m already in the midst of it.  I don’t know what to do.  I need help, but my need is no claim on anyone else’s abilities; my need is my own problem.  It’s a need I don’t think I’m going to be able to meet, and when one is unable to meet one’s needs, one deteriorates and/or suffers and/or dies.