In America today, we rely far too much on pills and on procedures–on would-be “cures” for our problems–than we really should.

It may seem strange for a medical doctor like me to be saying this, but I have insight into the issue from multiple perspectives.  I’ve been one of the doctors who falls into the trap of trying to “treat” every issue rather than prevent or solve it, and I’ve been a patient who approaches things the same way.

The irony is that a great many of the health problems we face in the modern world–especially the most rampant and devastating ones, such as diabetes, high blood pressure, heart disease and their related problems and consequences–are governable simply by modifying our lifestyles.  Indeed, for many of us, these health concerns’ very existence AS problems is only CAUSED by our modern lifestyles.  I’ve already discussed in some earlier entries the mechanisms and effects of type 2 diabetes, a disorder which is becoming more and more endemic in our nation, and at younger and younger ages.  It’s absolutely clear why this is happening:  We are more sedentary and more overweight and we eat more rapidly absorbed carbohydrates than humans have ever done before in our existence.  What’s more, thanks to public health interventions and control of infectious diseases, we live long enough for these habits to matter more than they could have in the past.  We also know, quite well, many of the things that we can do to counter diabetes and its close relatives, hypertension and heart disease. Yet, instead, we allow our health to deteriorate and then rush to modern medicine to seek “cures” or at least treatments for the outcomes of our bad habits.

I suspect that this trap of habits was set for us, to some degree, by the brilliant innovation and success of antibiotics.  These are the quintessential medical cures:  When used against an infection caused by a sensitive bacteria, antibiotics actually CURE the problem (with the help of our own immune system).  To some degree anti-virals do the same, though they are more recent, and anti-parasitic agents are also analogous.

Unfortunately, most other kinds of medicines–unless you count the occasional Tylenol or Motrin to treat a tension headache or muscle soreness–don’t actually cure anything.  They simply “treat” it, governing the symptoms and consequences to some degree or other, but not addressing whatever underlying processes might be contributing to the issues.  In addition, they give the patient the illusion that the problem is now under real control.

There are, of course, times, when health problems are not soluble or easily controllable, and managing the symptoms and consequences is the very best we can do, at least for now.  So PLEASE do not think that I am advocating the elimination of Western medicine or that those being treated for chronic health conditions should just give up their pills and let nature take its course.  Yet with so many health problems, even if we have to resort to medication, we can also make lifestyle and behavioral changes that will mitigate our problems and decrease, though not always eliminate, the need for medications (and surgery, when applicable).

We all know, or should know, that taking medicine can be a double-edged sword.  Medications sometimes create new issues of their own.  The human body is an incredibly complex system–arguably the most complicated thing in the known universe, especially when you count the human brain–and when you manipulate such a  system in one way or location, unexpected consequences almost never fail to arise.  This leads to the horrible spectacle of patients receiving medication for one problem, but developing side-effects, which then need to be treated by other medications, and which cause toxicities and interactions that later have to be addressed.  The whole affair can become a vicious cycle of increasing biological chaos, like a metabolic Rube Goldberg machine.  In the elderly especially, it can sometimes be all but impossible to be certain whether new health problems are intrinsic or are caused by earlier treatments.

We try, of course, to mitigate and avoid this conundrum by studying medications as carefully as possible and learning what their possible side-effects are…but every human body is different, and that’s going to continue to be the case, since the number of possible genetically unique humans is vastly greater than the number of human beings who have ever lived.  So we can be guaranteed that the one expectation we can reliably entertain is the UNEXPECTED.

It is better by far to avoid developing problems whenever possible rather than trying to treat them.  This is true because it is simpler and more predictable, and also because it makes life better.  Rather than being a person who identifies themselves by their litany of ailments, for which they build their house-of-cards treatment regimens, we can work to maintain lifestyles that are GOOD for our health, that work with our natures, and that help us to think of ourselves as–and to feel like–healthy, vital and thriving human beings.

Medicines are indeed wonderful products of modern science and technology, and I strongly suspect that they have saved and improved many more lives than they have harmed, even despite what I’ve said above.  If I didn’t think that, I wouldn’t have gone into medicine.  Yet, it would be even better if we could avoid having the need for medications as often as possible in the first place.

I’m going to discussing more of this in future entries.  I’ll go into some fairly obvious lifestyle issues such as exercise and diet, but I’m also going to explore philosophical and psychological aspects of health that can make a great difference in not only how long you live, but also in how much you enjoy the time you have.

A life of a hundred years can be a tragedy and a life of a single day can be a triumph.  It all depends on what kind of life it is. 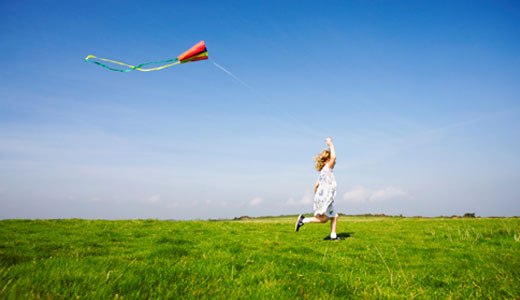