“Hello” and also “good morning”.  It’s Thursday again—this time the 18th of August in 2022 A.D.—and so it’s time for another daily post and also for another edition of my longer-standing weekly blog post.  And, of course, this being my Thursday, longer-standing blog post, I almost always start with some variation of “Hello and good morning”, so that’s what I did.  It’s good to try to be consistent, all other things being equal.

I’m very tired, both physically and mentally, so I’m not sure what I’m going to write about.  I certainly don’t have any fiction writing to discuss.  I doubt whether I’ll ever write any fiction again.

Yesterday I very briefly picked up my guitar at work because I wanted to play the opening riff from I Feel Fine, since I’d started using it as one of my alarm sounds on my new phone.  I ended up playing a bit more of the song than that, and then the opening of Wish You Were Here, and then I got tired and didn’t do anymore.  I think that’s all played out for me, if you’ll pardon the pun.

I don’t really feel like I’m ever going to do anything that brings me real joy anymore.  I doubt that I’ll ever see my kids again, though this is thankfully not because they’ve suffered any tragedy*; it’s simply that they have their lives and their pursuits and I’m not part of them and not particularly wanted.  As I think I’ve said before, my son has only interacted with me once—to send an email to thank me for this year’s birthday presents—since about 2012 or 2013**.

So, as I said, there’s no new fiction, no new (or rehashed) music, no new insights.  I have some new puzzlements and minor irritations.  For instance, in thinking about why people prefer some blog posts to others, I’ve noted—or been told—that having images mixed in with the post helps, and long ago I started putting pictures in my Thursday blog posts.  Now, my popular Monday post this week didn’t have any image, but it did have an embedded video, so I thought maybe that at least helped explain its relative popularity.  So I embedded one video in Tuesday’s post, but it didn’t seem to help that one.

Evidently, the things that make posts relatively popular are more complex or at least more chaotic than my simply hypotheses would support.  This should come as no surprise.  I doubt anyone has undertaken any rigorous, thorough evaluation of the nature of the popularity of blog posts or the like.  There’s lots of data available, but it’s very messy, and the system is nowhere near any kind of equilibrium, so trying to figure out where it goes for what reasons would require real sophistication in statistics and related matters, and I doubt anyone who’s tracking blog posts is really bothering with that.

As I said, I’m tired.  And that being the way things go, since I have no source of relief or rest, I’m getting steadily more and more tired.  I’m tired, and I’m sad, and I’m lonely—but I can’t really stand being around most other people very much either, at least not the ones I see and encounter nowadays.  All my old friends are thousands of miles away, and they have their own lives, and unfortunately, I’ve never been good at maintaining friendships with people at a distance.

It’s not that I don’t want to or don’t think about them.  I just don’t really know what to do, or to say, or how to deal with such things, and I get very stressed out by them.  I also don’t feel I have any right to intrude on other people’s lives and time, or anything to offer anyone.  It’s presumptuous for me to imagine that anyone would want to interact with me at all, and I find most people inexplicable and unpredictable.

Being in the world these days feels for me like being one of those wild animals you sometimes see in news stories—a bear, a coyote, something more unusual, maybe even a tiger—that’s wandered down from the mountains, or out of a forest, or was released from someone’s private “zoo” and has found itself in an urban or suburban environment which is not where it’s adapted to be.  Everything around it feels potentially hostile—and is potentially hostile—and so it must always be on its guard, always trying to avoid even those who might be benign, because it cannot be sure, and it’s made the mistake of thinking other creatures were benign before, only to have them become hostile (or reveal themselves to be so), and to damage it, leaving permanent pain and deep scarring.

Better to avoid everyone and to be avoided than to face more of that.  There are no other creatures out there that seem safe or beneficial or even familiar enough to be worth the risk.  Better just to lurk in the shadows, scrounging through scraps and garbage to find minimal sustenance, and simply to continue, until starvation or disease or something else gets you; it might even be something of a relief when that happens.

So, no fiction or music, but merely this metaphorical morosity is what I have to offer you.  I’ll understand if this post isn’t popular, but I don’t really give a fuck at this point.  It doesn’t matter.  I’m sick of caring about things.  And I’m tired. 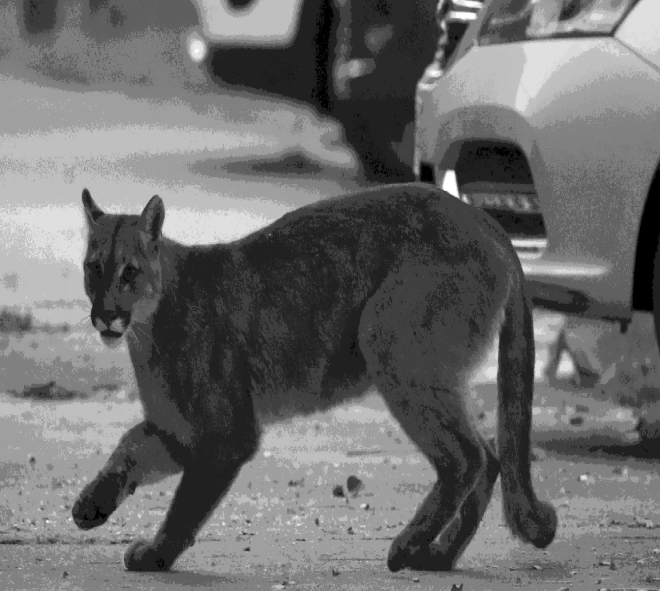 *Other than having me for a father, which I suppose is tragedy enough for anyone.

**Prison sure does wonders for making non-violent “offenders” shape their lives up, doesn’t it?  We should send everyone to prison for a while, or maybe just select people randomly for the reward (as often seems to be the way things are done, anyway), and make sure it affects the rest of their lives afterward, curtailing their possibilities, making them unable to practice their professions, severing their ties with their loved ones, restricting their employment and other prospects, and just generally pouring concentrated acid all over their lives.  If it’s good for part of society, it must be even better if it’s done for more people, right?  Yeah, prison for the nonviolent non-criminals (in any legitimate sense) teaches important lessons, the main one being that “civilization***” is a fiction and/or is fucked, and it should probably be wiped from the surface of the universe.  Possibly, even life itself is a bad idea.

***Which, remember, is just a spontaneously self-assembling structure, no more deeply important or planned or meaningful or ideal than a school of fish, or a flock of starlings, or an ant colony, or a “flange” of baboons, or a hurricane, or crystals of saltpeter that form in bat guano.