Hello and good morning.  It’s Thursday again, and so it’s time for what is, “historically”, my weekly blog post, though in fact it’s merely another iteration of my now-nearly-daily blog post.

It’s getting harder at times to think of what to write about.  I’m more or less committed to doing this whole thing stream-of-consciousness style, since I’m hoping that—just maybe—it might act at least as a form of “talk therapy”, though there are fewer questions and less feedback than one receives from real, usual therapy sessions.  Still, maybe just expressing my thoughts in this fashion will help me to organize them in some way.  I’m certainly not writing fiction or playing music, so I don’t have anything to speak about with respect to those subjects now.

It’s the first Thursday in August 2022, now that I think about it.  That doesn’t seem particularly noteworthy; I can’t think of any major holidays in August, though I suppose I could be forgetting about something.  August is one of those comparatively dull months, though it is a month of “pure” summer, in the sense that, in the northern hemisphere, it’s all in summer, like July, not split up into two seasons like June and September.

It is a bit curious that we don’t start our years at the winter solstice.  People have known about the solstice, about it being the “shortest” day of the year, for who knows how many thousands of years, and many festivals worldwide have been associated with celebrating this renewal of the length of days, dominated in the west of the modern world by Christmas and then New Years.  I think it’s mildly weird that we don’t simply begin the next year on the solstice, or the day after it.  We do start it thereabouts, but why not right on that day?

Maybe the issue is that the solstice changes subtly over time, and occasionally happens closer to one day than another?  I don’t know quite enough about it to say for sure.  If anyone out there does know to what degree the solstices change, feel free to comment about it below—not on Facebook or Twitter, unless you don’t care about the comment being seen for a while, anyway.  I don’t interact much via Facebook anymore; it’s too stressful and depressing, though I miss knowing what many of the people I used to know are doing, seeing pictures of them and their families and whatnot.

Twitter is slightly less stressful, largely because I don’t feel personally involved in any of its stupider aspects and don’t tend to follow people who are.  Twitter, to me, is a good place for sharing links to articles and videos and for one-liners and “What’s your favorite of the ________ movies?” types of questions and answers.  Even with the “enhanced” 240 character limit, it’s simply not a venue for expressing or discussing any deep or complex thoughts.  No wonder “discussions” on the site almost inevitably devolve into monkey-style feces flinging (metaphorically).

Speaking of days and equinoxes*, I read recently that the rate of the Earth’s rotation has speeded up, and indeed, that we recently had the “shortest” day recorded—that’s not shortest in the sense that the winter solstice is the shortest “day” of the year, but that the actual period of the Earth’s rotation has decreased.  It’s not by a lot, of course—I think it was on the order of a microsecond or so, though I may be misremembering that order of magnitude.

It’s certainly not something a person would notice, but the international group that manages the Universal Time standards and sidereal versus solar days and the like needs to pay attention and note such changes.  And if they adjust years—adding leap seconds for instance—that all has to be coordinated with things like GPS satellites and so on, which already have to be managed with respect to General Relativity and Special Relativity; their function depends on highly precise time-keeping, and time is different farther up in “space” and at higher speeds.

As for why the Earth is speeding up, well, I haven’t read any speculation, but at first glance it seems odd.  One might expect that, over time, if anything, the Earth’s rotation might slow down, and I believe that has been the overall trend over billions of years, with tides and the like very, very slowly dissipating angular momentum.  For a rotating body to begin to rotate faster requires—by conservation of angular momentum—that its overall mass distribution gets closer to the center of rotation, like the proverbial spinning ice-skater pulling his or her arms in closer to his or her torso and thereby speeding up. 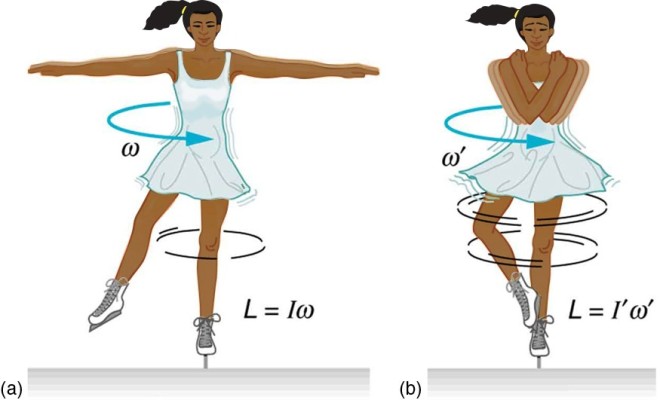 I wonder if, perhaps, there is some change in the distribution of the Earth’s mass in the form of water from glaciers, such as in Greenland**, and mountain glaciers in other places, decreasing the amount of mass that was higher up and away from the center of the planet and bringing that mass down into the sea, which by default is as close as things like water can get, since liquid water “seeks” the lowest level.  Of course, general erosion of mountains and even adjustments of the planet’s crust due to plate tectonics could have effects on rates of spin, but it seems to me that they would be too slow in their effects to be so noticeable—so to speak.

I’m sure we’ll be hearing more about this phenomenon, particularly if it continues.  It’s unlikely to make a difference in our day to day lives that could possibly be noticeable to people who aren’t measuring with the most precise instruments science and technology can produce, but the information is a curiosity, and it could be at least a marker of the effects of climate change.  Or perhaps not.  There may be another explanation.

Maybe by sheer chance the Earth got hit with meteorites that, for this one small bit of time, happened to, on average, deliver their kinetic energy in the direction of the Earth’s rotation.  It’s not something that’s likely to be a trend, but it could, in principle, happen briefly just by chance.  It seems highly unlikely to happen in such a way as to cause a measurable change in the rotation rate, but what do I know?

Anyway, that’s about enough meandering thoughts for today.  I hope you are all having reasonably good days—even if they are shorter, and you have a microsecond or so less to get your daily chores done.  Please use that diminishing time by spending it with those you love and who love you, if you can.  Take advantage of the moments you have by doing things that are affirming for your relationships and families and so on.  Entropy is always increasing—that’s the 2nd Law of Thermodynamics, and it is as inexorable as any law we can imagine.

We could find someday that there are exceptions to the speed of causality (aka the speed of light), but no one who knows anything about thermodynamics thinks anything is ever going to overthrow the 2nd Law, since it’s based in the fundamental nature of mathematics and probability.  The universe might start again in a Poincaré recurrence, but that’s not going to be for another 10120 billion years or so, so don’t hold your breath.  Or do, if it pleases you; we’re all going to be long gone before any recurrent universe happens, anyway, even if nothing like the “big rip” makes such recurrence impossible.

As I said, don’t waste time.  Love your loved ones and spend time with them if you can—and if they want you around.  Don’t take such things for granted. 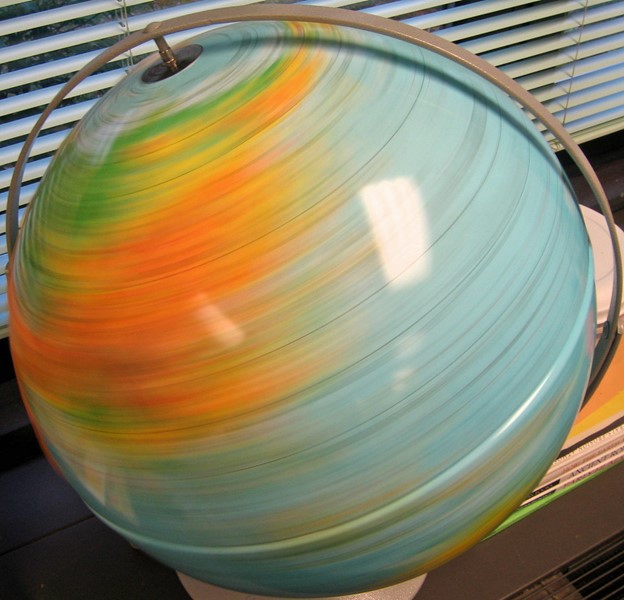 *I was, you can go check for yourself.

**I feel that the ones in Antarctica might be less impressive in effect only because they are so much closer to the axis of rotation already.