Hello.  Good morning.  Thursday.  Blog post.  You know the drill.  Or at least, you get the idea.

I don’t really have much to say or report.  I did a quick, off-the-cuff post on Tuesday about a subject that has been frustrating me more and more (the relief for which I am less and less suspicious will ever arrive, for me at least), but I don’t know that I have anything to add to it.  If anything occurs to me, and I have the energy to try to convey it, then that’s what I’ll try to do.

I’ve stalled out on reading the last 14 pages of Outlaw’s Mind so far, after having read up to that point by Monday or Tuesday.  This is after having optimistically* taken paper and a clipboard home over the weekend hoping** I’d make short work of finishing the reread and then getting on with writing.  I like the story, and I know where I want it to go and, as they say, the rest is just scratching and scribbling.  Instead, I did essentially nothing at all this weekend—apart from throwing away a bunch of the things I own because I can’t see any point in having them and they were just annoying; and preparing some other things to bring in to give “to the office” so to speak.

I wish I could say that the weekend of doing nothing was at least restful, but if anything, I felt more tired after it than I did at the beginning, not that I expect I would have felt less tired if I’d worked all weekend or anything in between.  The last time I remember waking up feeling rested was sometime in the mid-nineties (which, I just realized, is half of my life ago).  If anything, I tend to feel worse early in the day, but I wake up very early whether I feel rested or not***, so it’s quite frustrating.

Basically, I’m just tired, and getting more so (or so it seems to me) as the future becomes the present and then the past.  And I’m alone.  It’s hard to see this becoming gradually more so as time passes quite in the same way tiredness does, but I feel more alone all the time—ever more like an alien or a changeling who really doesn’t belong here, nor has any purpose here, and who has no realm or planet to which to return.  No respite appears available, and more and more, the only viable escape seems like oblivion—which would not be a relief, obviously, since relief is a state of mind and oblivion is the lack of any states of mind, but it would at least mean cessation.

There’s a moving episode in the 5th season of modern Doctor Who called “Vincent and the Doctor” in which the Doctor meets Vincent Van Gogh, and after they defeat an alien together (of course), the Doctor brings poor Vincent to a future museum so he can see and learn that he would eventually become a beloved, respected, nearly worshipped artist, one of the greatest of all time.  It may sound silly, and in a sense, it is, but it’s actually very moving—well-written, superbly acted, beautifully filmed and directed, and if your eyes are dry after the scene with Vincent in the museum, I don’t know what to think of you.

But of course, the saddest part is that, on returning him home, and then coming back to the “present”, the Doctor (and Amy Pond) discover, not to the Doctor’s surprise, that Vincent still killed himself, only a few weeks or months after their meeting, just as always.  The Doctor makes a lovely, and I think insightful, little “speech” about how the good things in life can’t necessarily correct or eliminate the bad things, but that the bad things don’t necessarily spoil the good things.  Vincent was still ill with whatever mood disorder and possible “neuro-divergence****” he’d always had in his own time; that hadn’t changed.

Still, it would be nice to imagine Van Gogh having been shown just how revered and admired his work would one day be, albeit not within his lifetime.  In the real world, he never had so much as a hint or probably even much of a fantasy that such a thing might happen.  It would be nice for any artist, or anyone, really, to learn that his (or her) work and life deeds had been important, and to see some of the ways in which it was so.  But it wouldn’t change much in the here and now…and it’s always now.

And sometimes “now” seems to go on forever and it can be so, so very exhausting.

I wish I could rest until I felt rested, and if that’s impossible, then just keep resting.  Making one’s quietus with a bare bodkin is an intimidating prospect with a comparatively high wall of activation energy.  But the wall is not constant, and at certain times, in certain states, in certain circumstances, the barrier becomes lower, and it may then be surmounted. 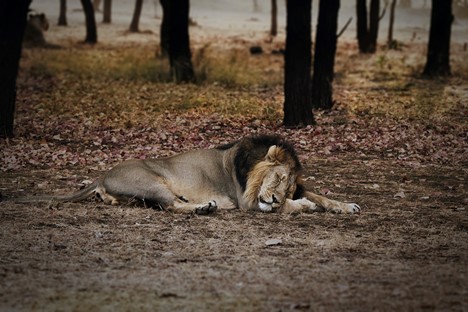 *I know, what the hell was going on in my head that I would be optimistic about such things?

***Which I guess should go without saying, since I just said I haven’t felt rested after a night’s sleep, or anything else, since the mid-nineties.  Duh.

****He only too clearly didn’t see and experience the world quite the same way anyone else did or does.