Good morning.  It’s the first Thursday in June of 2021, and since it is a Thursday, it’s time for another of my weekly blog posts.

I finished the first draft of In the Shade last Friday, as predicted, and have since embarked on the first editing round.  I’m already nearly halfway through it, so hopefully it won’t be very long before the story is ready, and thus I will be poised to compile my upcoming collection.  I haven’t decided on the order of the stories, except to say that I’m going to put House Guest first and In the Shade last.  I’m also going to put Solitaire roughly in the middle, and as I think I’ve said before, I’m going to surround it with comparatively light fare, since it’s probably my darkest story ever.  “Comparatively” is, of course, an important qualifier.  Most or all of my stories tend to be rather dark, at least in parts.

It will be interesting, if anyone out there reads the story carefully enough, to learn if there is any qualitative difference between the parts of In the Shade that were originally handwritten and those that were composed directly on the computer.  For anyone interested in investigating, the first portion of the story—right up to when the boy, Kyle, predicts that the deputies investigating the strange house where his friend was injured will not come back—was originally handwritten.  What follows was composed on the computer, until the very last section, in which we change our point of view to that of the owner of the house (you’ll understand these references when you read the story).  That final section was also handwritten, constituting just shy of the last 6000 words of the story.  It’s difficult for me to judge any possible difference objectively, so I’d be grateful for any feedback; I don’t have any actual friends who might read it and let me know ahead of time*.

I don’t know what else I should write about today.  Ideas and thoughts and reflections on many subjects frequently pop into my head, often during my commute or while reading some science-related book or upon encountering some absurd event in the news.  These are sometimes stored as my proposed posts for Iterations of Zero, but I haven’t yet worked out how and when to produce them consistently.  The video idea was simply not worth the effort; I’m not photogenic enough (to me, at least) to justify viewing or sharing my image.  I’m not sure exactly what possessed me to try it in the first place.  Whatever it was, that urge seems to have disappeared.  I considered trying to write the posts by hand and retyping them, but that’s more onerous than I have the will to carry out, and I’ve noted often that I don’t want to take time away from my fiction writing more than the one day a week I give to this blog.

I keep toying with the notion of just doing voice recordings when the mood strikes me, sparing myself much of the burdensome editing by simply committing to noise reduction and level adjustment, then putting them up as is—pauses, breaths, coughs, “umm”s and all.  So far, unfortunately, though I frequently feel the urge to talk about ideas, it tends to happen when I’m not readily able to record my thoughts.  It happens a lot during my commute.  So, what I end up doing quite often is just talking to myself, partly in my head, and partly out loud.

Ah, well, it’s not really that important.  Probably such thoughts are of little value to anyone but me, if even that.  I had a brief burst of Twitter enthusiasm, but it’s too short form a medium, and anyway, I can’t seem to find any energy for social media, or for any other kind of socialization.  I find interacting with other people, including on Facebook and Twitter, increasingly stressful, though I’m not sure quite why.  Seeing a notice at the top of the Facebook screen indicating that someone has sent me a message is enough to make me avoid the site for a very long time, though I continue to share things like videos and articles and so on through Facebook and Twitter.  I apologize to anyone who considers this rude.  I can honestly say, “It’s not you; it’s me.”

Part of the problem—though not all of it—is that when I’ve posted on Facebook at times when I’m particularly depressed and having an especially strong case of my frequent “promortalist” urges**, and am honestly hoping that someone out there might have something helpful to say or to think or to suggest or to do, I get at best some discussion of the sorts of points that I’ve already encountered years and sometimes decades ago and found wanting***.  Others offer supportive words and thoughts which, while definitely appreciated and valued, don’t seem to have the power to change anything.  And then, of course, occasionally I’ve received statements of actual offense from some people who I would have thought knew better or were better—as if the fact that I have “issues” with which I struggle were an insult or slight upon them.

Well, that’s the last thing I need.  And, of course, the never negligible baseline level of human stupidity (my own far from the least) is positively enhanced by social media, ironically—though I feared from the outset that the internet and its byproducts would produce at least as much harm as good—and so the whole thing becomes a painful experience, and I’m not masochistic enough to keep laying my hand on a stovetop when I can’t tell if it’s hot or not****.

So, social media isn’t very beneficial to me in general, and I’m not good at pure personal socialization of any kind.  It’s never been my greatest strength, and it seems to have weakened over the years.  I often become confused, stressed, and even angry even at seemingly inevitable, ubiquitous, pointless inquiries like, “How are you doing?”  I honestly don’t know how to reply without lying.  The only person with whom I socialize at all, in any purely social sense, is my sister, and it’s hard for me not to feel that she’s never committed any sin or crime grievous enough to merit that burden.

I honestly would love to be rescued somehow from this mental state or tendency.  I would also love to see world peace.  But I fear that the only reliable ways to achieve either goal are probably similar in character and similarly irreversible.

Anyway, sorry about all that.  I’m venting, I guess.  I’ll try not to indulge in this so much in the future, and will strive to stick to my brief, or whatever the phrase is.  I do honestly, fervently, and sincerely hope that you’re all as well as you can be, and that you can keep your own spirits up, despite reading my gloomy grumbling. 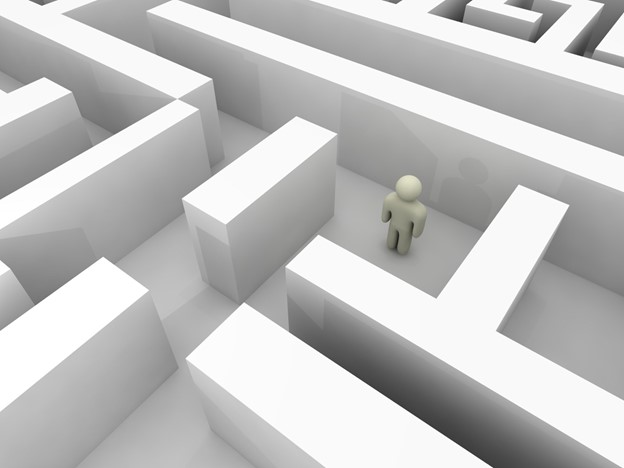 *This is entirely my own fault.

**I’m euphemizing to avoid triggering any automatic responses either by computers or by people.  These aforementioned euphemized urges of mine happen, to a very good approximation, every day, and they have done so for a long, long time.  A day without them would be so rare as to merit something like the Dickensian description of the Cratchett family’s Christmas goose as “a feathered phenomenon, to which a black swan was a matter of course.”

***I am, after all, a medical doctor who has had dysthymia occasionally veering into full depression pretty much my entire adult life, and thus have taken a particular interest in them.  I understand the pathophysiology of the disorders, to the degree that they are understood at all, and the means, nature, and reliability of treatments at a level slightly better than most general practitioners, though perhaps not at the level of specialists.  I’ve partaken of numerous medical and psychological/therapeutic interventions, and I continue to use that which has historically been my most effective treatment.  That’s right:  all this is me while using the best treatment I’ve found.

****In a similar vein, the one time I called the “crisis hotline”, I found myself handcuffed by PBSO deputies (causing nerve damage that lasted almost a year to my left hand), and was brought to a shit-hole of a facility where I was assigned to sleep on a battered sofa, then discharged about thirty-six hours later, with a follow-up appointment in one month, which provided nothing I hadn’t already been doing.