Okay, well, hello and good morning as always.  It’s Thursday, June 10, 2021, and it’s time for another of my weekly blog posts.  I’m a bit under the weather—some low-level gastrointestinal bug has troubled me for the last three days—so I intend to keep this comparatively short.  However, I have long experience of such intentions going astray, like so many of the best laid plans of mice and men.

It’s been a reasonably productive week.  I’ve finished In the Shade, as I think I might have mentioned last week, and I’ve been working on the initial editing run-through, which is now all but done.  This is only the first edit, of course; there will be many passes to follow before I consider the story fit enough to publish.  I’m being particularly assertive about reducing the story’s word count.  I obviously don’t want to take out anything that I think adds to the tale, and certainly nothing essential.  Nevertheless, I do tend to run off at the keyboard, so it’s useful to be hard on myself.  I enjoy writing words and conveying thoughts in written form, so I sometimes do too much.

This might come across as egotistical, as a sense of loving to “hear myself talk” so to speak, but I think that would be a mischaracterization.  My writing certainly doesn’t make me feel proud of myself, or that I’m particularly special, nor does it produce or reflect some narcissistic self-love.  Self-love is not one of my noteworthy attributes.

Indeed, I’ve often thought of depression (and dysthymia) as a sort of deficiency in the ability to delude oneself (positively) about one’s nature and abilities.  According to at least some studies of which I’ve heard, people with a tendency toward depression rate themselves more realistically on self-assessment tests of certain kinds, as opposed to their peers, who tend to overrate their own relative abilities.  This can be comically stated as a situation in which most people tend to rate themselves as above average, which is often declared to be mathematically impossible.  However, if by “average” most people refer to the arithmetic mean, it is possible for most people to be above average, if those people are only modestly above average and the others are well below it.  Such a circumstance is pretty unlikely, but it’s not a mathematical impossibility.  However, if one is referring to the median as the “average” then, by definition, it is impossible for most people to be above average.

I’ve recently read a book called On Being Certain, by Robert A. Burton, M.D., and he makes some interesting points about how the nature of being certain is related mainly to a feeling of being right, an emotion, produced in the limbic system, not actually to a process of thought or the conclusion of a logical train of argument.  That feeling—that sense of knowing, of revelation, of being convinced of something—can even happen spontaneously in certain kinds of seizures, and in certain psychiatric disorders such as schizophrenia.  As a feeling, it can’t readily be overcome in the same way that a logical conclusion can be abandoned if the flaws in the logic are demonstrated.  But only such emotions, not mere logical conclusions, prod us to action.  In reading the book, I realized that another possible aspect of the disease states of depression/dysthymia involve, at least in my case, a deficiency of this feeling**.

There are very few things I feel certain enough of not to allow myself to entertain significant doubt.  There have been times when I’ve even doubted the conclusion of the cogito ergo sum—though you would think that, by doubting it, I’m demonstrating its truth.  But part of me thinks that if there’s a supernatural being (or a civilization of machines, a la The Matrix) that can simulate all the external facts of reality, then why could they not be “simulating” my very experience of thought?  As an author, I’ve created many characters who, within their stories, would certainly think that they are thinking; my readers can read those thoughts from the characters’ points of view.  Yet, those thoughts are artificial, in the strict sense of being brought about by external artifice—in this case, mine.

So, this combination of deficiency at positive self-delusion, coupled with a sincere doubt about one’s ability to be certain of nearly anything can engender an exhausting enervation, the deterioration of motivation, and a broad sense of pointlessness.  At least it leads to the avoidance of dogma, and I think that’s a good thing.  I think the world as a whole would have far fewer large-scale problems if more people could feel less certainty and more doubt.

But it would be nice to be able just to feel good about myself and my right to exist, however unjustified such a feeling might be.  It might be nice to feel that I—or anyone—deserves to be happy, even though that’s an incoherent notion.  Unfortunately, on those rare occasions in which I’ve felt a strong degree of certainty about myself or my conclusions, or about my value or values, it’s frequently been disastrous.  So also for humanity at large, I think.

And here I’ve gone and not written a short post, as should come as no surprise to anyone.  I really do need to try to get some of these thoughts out in Iterations of Zero on a regular basis, so I can spare hapless readers of this blog from the ordeal of such topics.  I haven’t given up on that notion, at least, which is rare enough for me. 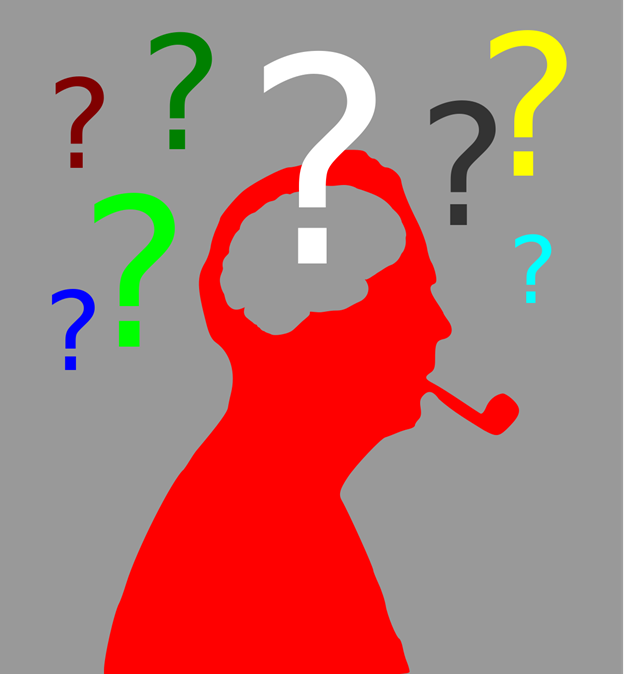 *And why not?  Mice surely have at least some rudimentary conceptions of courses of action to take and expectations of likely outcomes of those courses of action.  They are certainly not simple automata.

**He points out how this deficiency is prevalent or evident in OCD, for instance, as in cases where a person simply cannot feel convinced that they really did lock the door or turn the oven off, say, and so can become paralyzed by unreasonable doubts.  I don’t have OCD, but I certainly have some of those attributes.  As I leave the house in the morning, I check my pockets multiple times to be sure that, yes, I really do have my keys, and my phone, and my wallet, all of which I have already checked, and which I always bring with me.  I simply don’t trust my memory, nor my habits—I’m too well aware of how malleable memory is, and how fragile habits can be.  This does mean that I almost never forget to bring any of these items, but I also never can seem to embrace the conclusion that I should be able to trust myself not to forget them—and so every day involves that feeling of not being certain at all.