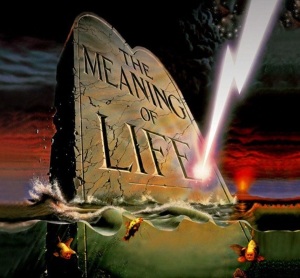 Hello and good morning, as usual.  It’s Thursday (the second Thursday of the decade, or at least of the year), and thus, as usual again, it’s time for another blog post!

So far the new decade has been…well, reasonably interesting, I suppose, but more or less on a par with all other beginnings of years and of decades, and with Thursdays in general, for that matter.  I’ve been continuing to try to feel my way toward the best thing to do with Iterations of Zero, and to that end, yesterday I posted the edited audio of two different recordings, one made on the morning of January 7th, and the other made on the morning of the 8th.  [I also did a bit of a recording on the 6th, but that was almost like one of my old therapy sessions…it was very glum and dark and dreary, and I don’t think I’m going to be sharing it with anyone, at least not for now.]  Anyway, the first of the two, both of which I posted yesterday, was about both the necessity of suffering and the desire for a sort of “political scientism”, as well as a more parochial attitude toward the importance of political ideas…in the sense that I want to encourage people to stop getting so caught up in the importance of their current political bugaboos, and recognize how transitory most of these concerns are.  I’m not sure if I made my case effectively or not.

The second was a bit of thinking about the quantum wave function, Everettian “many worlds” quantum mechanics and the ideas of Fourier analysis.  It’s a bit more esoteric, I guess, than the previous one (but to me a bit more interesting…the other is just a subject that’s irritating, mostly).  Anyway, I posted both of those on IoZ, and then later in the day put them on my YouTube channel.  If you’re interested, I’d encourage you to go listen.  The longest of them is less than fifteen minutes.  If anyone has any feedback, I’d love to get that as well, as always, but I often feel that’s a bit of a pipe dream.  I often feel that when I’m doing these sorts of things, I’m very much talking—and writing, I suppose—to myself.  Now, of course, that’s literally true, when I’m doing it, but I feel that even in the general, broad sense of interaction with the outside world.  Oh, well.

I continue, as usual, to work on Unanimity, which is coming along, and getting pared down slowly and steadily.  I’ve cut over thirty thousand words off already, but it’s still got a ways to go before it reaches where I want it to be, following the general advice Stephen King received from an editor many years ago: that your final version should be your first draft minus ten percent (or words to that effect).  I still sometimes wonder whether I’ll live to see it finished and published or not.

I’m trying very hard to make use of the New Year as a means to drive myself to improve my habits, and I’ve already made some headway on a few fronts (I won’t go into specifics to spare you the potentially dangerous boredom), but I always come up against the barrier of motivation.  It’s not really a matter of willpower, or at least not in the traditional sense.  I have a tremendous supply of stubbornness, and more than a little willpower.  The real question is more of a “why bother?” or “what’s the point?” question, sort of the converse, or obverse, or transverse, or whatever, of Victor Frankl notions put forth in Man’s Search for Meaning (an excellent, but harrowing, book).  His point in general, as I took it, is that if one has a meaning and a purpose, then one can endure almost anything*.  Potentially implicit in that argument, however, is the possible notion that, if one does not have any real meaning or purpose, then almost nothing seems worth enduring at all.  We can certainly see possible evidence of this all around us, perhaps most glaringly and poignantly realized in the drug use and overdose crisis, and the glaring examples of suicides among the highly accomplished and successful (which are only the most obvious examples of such cases throughout our culture…the number of suicides in America is roughly equal to the number of traffic fatalities annually, and the number of attempts is more than ten times as high).

I guess maybe this sort of stuff is more appropriate for discussion in Iterations of Zero.  After all, despite the fact that I glean my weekly blog post titles from Shakespearean quotes, and Shakespeare certainly dealt well with the darker aspects of the human psyche, I do try to keep this blog upbeat.

Of course, I’ve also struggled back and forth in my head with whether I should continue to keep my blogs separate or if I should just consolidate them into one blog (it would be this one, obviously…it would be silly indeed to discontinue an eponymous webpage).  I’ll have to see.  I’d actually love your feedback on this.  Would you like to see the material that I tend to put up on Iterations of Zero just put up here as a greater number of posts of various types? Or do you like keeping the two blogs separate? Which form would lead to greater readership? Does anyone actually care at all which way I do it?

It’s hard to expect an answer to that last question, because surely any negative answer at least would be self-contradictory…though I guess a positive reply would be valid.

Okay, that’s it for today.  I’m not actually feeling all that well, physically, so I think I’m going to post this without quite my usual editing.  I apologize if the means to quality of the content is not as refined as usual.  And if it’s not noticeably worse, I don’t know whether to feel glad or sad about that.

*And as a concentration camp survivor, he had the credentials to make that claim.