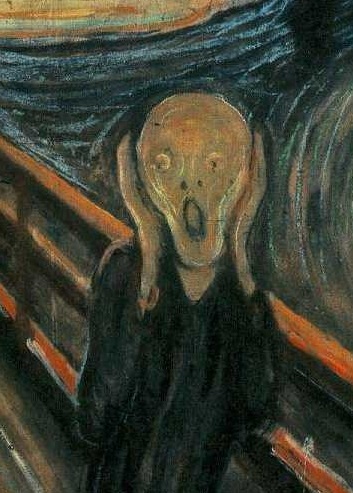 Okay.  So.  It’s Thursday, and thus it’s time for another edition of my weekly blog post.  Hello, and good morning, and all that chitty chat.

I’m not sure that I have much to say that’s very interesting today, not that I’ll let such a thing stop me.  Nothing much new is going on, as it were, just a lot of the same old same old.  I posted a “karaoke” song on Iterations of Zero over the weekend, and I then (yesterday) posted the audio I did on common misunderstandings of evolutionary theory and some troubles with social media as well, but as far as I can tell, no one has listened to that.  Except me, of course; I listened to it repeatedly during the editing process.  But it’s hard to say whether anyone else has listened to it.

There are tools in WordPress with which to check one’s metrics and clicks and all that, but I have a hard-enough time fitting the writing (or the recording) and editing of these posts into my schedule.  Frankly, it’s a good thing that I have no life, because otherwise I don’t see how I’d get anything done apart from running about like a decapitated chicken.  Yesterday at work, for instance, was one long chain of trying to address problems most of which shouldn’t have existed.  Ironically this involved greater stress than did working as a physician, even in the emergency room of the primary city hospital in the Bronx, since in the latter case at least one was surrounded by and working with motivated, skilled, and intelligent coworkers*.  It’s difficult to overstate how wonderful that can be.

So, I’m still trying to figure out what I’m going to do with respect to IoZ and these alternative subjects about which I want to speak and/or write.  I often enjoy the recording of my thoughts (which entails the crystallization and clarification of those thoughts themselves, carried out aloud), but though it’s easier to do the rough draft for audio, the editing is much more onerous than is the editing of a written file.  Also, it’s astonishing how data-inefficient audio is.  I’m seriously considering using voice-to-text on some typical portion of one of the things I posted and seeing how big the Word file is relative to the mp3.  The current draft of Unanimity, which is now just under half a million words, takes up a little more than 1 megabyte of storage.  A simple, compressed audio file can take up more than that amount of memory for only a few minutes of speech.  God help you if you look at a raw wav file or similar.  Don’t even try to think about the size of video files!  It will drive you as mad as an encounter with one of Lovecraft’s Great Old Ones.

I guess there was a good reason—probably many of them—for inventing written language.

It’s difficult for me to tell if anyone out there is more interested in listening to audio files than they are in reading my written posts; I’ve received no feedback on the subject, nor any clear and convincing data, one way or the other.  As for me and my house, I prefer reading in one sense, but it’s weirdly easier to fit audio into my schedule (I can listen while commuting, for instance).  Also, many people whose thoughts interest me do a lot more podcasting than they do blogging or writing books or articles.

On the other hand, my hearing is not great…with the exception that I quite literally, constantly hear a very intense and high-pitched “A”** in my right ear.  But that’s tinnitus, and as far as I can tell, it conveys next to no information***.  I’d probably be better off if I just didn’t listen to anything on my commute and eschewed watching videos, except with subtitles and the sound turned down.  I already avoid phone conversations if I can, partly because they are maddeningly noise-ridden****.

So, anyway, if anyone out there has any suggestions about whether you think I’m wasting time with the audio stuff for IoZ, and/or if you prefer it to written matter, or if you have any other comments, I’d appreciate the feedback.  I’m very much talking to myself, otherwise, and I can do that without using the internet.

In other news, Unanimity, at least, is going well, as I hinted above.  The editing process is bearing fruit, which hopefully will be ripe for your consumption and enjoyment in the not-too-distant future.  I’m still enjoying the story, myself, but I’m reaching that excellent stage where I can read what I’ve written and say, “Well, that whole paragraph adds absolutely nothing to the book.  Delete it.”  Stephen King counsels that, when editing, you must be prepared to “kill your darlings,” but honestly, it sometimes feels more like killing cockroaches…which, a reasonable interest in entomology notwithstanding, is not a difficult thing for which to find motivation.

*I know what you’re thinking:  How did I worm my way into such a work environment?  I have no clear answer for you.

**I know this because I tried to discern what note it was the other day, and then checked my guess against a keyboard, and I was right.  It was an “A”.  At least I can tune a cello any time I need to, no matter where I am.

****To be honest, though, that’s mainly because of anxiety.  Still, when one is already socially awkward, the added problem of trying to decipher someone’s speech without the help of visual cues from body language and lip movement is just that much more problematic.  I suppose video calling might help, but then I’d have to let people look at me, and that’s never a good thing for either party.