Okay, well, hello and good morning.  It’s the second Thursday in October, and it’s time once again for my weekly blog post.  Congratulations.

As you all know by now, Dr. Elessar’s Cabinet of Curiosities is available in hardcover as well as in paperback and e-book format.  I hope those of you who enjoy short* horror/sci-fi/dark fantasy stories will take a look and consider buying it, and if you enjoy it, please let me know, either here, or in the reviews at Amazon, or whatever.  Actually, even if you don’t enjoy it, your feedback is welcome, as long as it’s reasonably polite.  That goes for all my other books, as well.

Some websites and YouTube channels and blogs and whatnot ask you to support them on Patreon or through sponsorship links or similar.  I’d just like you to buy and read my books.  You can listen to my songs, too, if you like—they’re on Spotify and Pandora and YouTube Music and iTunes and Amazon and apparently oodles of other platforms, and I make a teeny, little bit of money whenever someone plays them.  They’re shorter than my stories, at least!  Is that a good thing?

I’ve almost, but not quite, finished reading through what’s already written of Outlaw’s Mind, editing a bit as I go.  It’s funny that I’d originally thought that it would be a short story, since it’s already over 80,000 words long, and nowhere near even the original expected ending.  I guess there was just more to the idea than I’d thought.  However, going through it is taking longer than it should, because it’s a very emotionally draining story for me.  One scene that I wrote in it was somewhat loosely adapted from an interaction—more than one, really—that I’ve had in my own life, albeit under different specific circumstances and with different participants (of course).  It was a confrontation of sorts between the title character and his mother, who had just learned about something he was considering, and she flipped out, in a constrained but terrifying way.  I had to get up from the computer and walk away for a bit when rereading it.  I fear I may have bitten off more than I can chew with this.

Also, as I had originally envisioned what I expected to be a short story, the ending was going to be rather sad, though it would be a victory of sorts by the main character.  As I’ve discussed before on more than one occasion, an interesting thing about short stories is that they don’t need to have happy endings.  But the ending I had planned, if that’s the right word, would be a bit too dark, or at least too discouraging, for what is going to be a short to medium sized novel.  So, I need to rethink it.

In addition, if it’s going to be a novel anyway, I can give a few more revelations and explorations of some of the strange happenings than might have been doable in a short story, or even a novella.  Some of these ideas tie in with a longer story, a darkish fantasy adventure I plan to call Changeling in a Shadow World**, and it might be nice to nod toward it.  But, of course, I haven’t even begun to write that novel, and I’m not sure it’s what I want to write next.  I’d considered starting work on the first portion of Dark Fairy and the Desperado, which is another kind of fantasy adventure entirely, originally a manga idea I had.  It has some similarity and could even cross over with Changeling in a Shadow World.  But then, I also thought about writing something else entirely.  There are two more potential parts for Mark Red, and there’s the possibility of trying to recreate the first full-length novel I ever wrote, Ends of the Maelstrom, lost now, alas, with all my former belongings from prior to 2013.  And, of course, there was Neko/Neneko, a fable of sorts, though set in the modern world, which also originated as an idea for a manga.  And while I was out walking*** the other day, I thought it might be nice finally to write the novel based on my oooooooooooold story idea Helios.  Really, I suppose it would be H.E.L.I.O.S., since it’s an acronym.  This was originally a superhero/comic book idea from way back when I was in…junior high school, maybe.  The idea has evolved quite a bit since then, and I think it could be a pretty fun fantasy/sci-fi adventure.  The title acronym now even represents some pretty high-level physics concepts, and that’s always pleasing.  At least, it is to me.

A few weeks ago (I think) I asked if any of my readers had any preferences, or thoughts, or other feedback about which of my story ideas they’d like me to write next, after Outlaw’s Mind****, but I haven’t received any comments here regarding it, unless there’s something I missed.  I suppose someone might have left something on Facebook, but as I’ve said numerous times, I don’t get on Facebook often enough for it to be a good way to reach me, and when I do get on it, I tend to skim and get away as quickly as I can.  It often really stresses me out because it brings out the worst in people.  Twitter does that, too, in places, or so I’m told, but I don’t know the people on Twitter, and I mostly follow authors, and science-related people, and horror fans and so on, so there’s really not much to get stressed about.

Anyway, if anyone out there actually reads books and has an interest in what book(s) I might write next, the place to give me feedback is here on this blog, in the comments.

Of course, all this assumes that I’m going to survive long enough to write any more of my ideas, let alone all of them.  That’s far from certain, and it’s frankly not the outcome I would prefer, most days.  I recognize this preference as at least partly the unreasonable product of my peculiar neuropsychology with its various innate imperfections and diagnosed and undiagnosed disorders, but knowing that doesn’t change how it affects me or how much I struggle with depression and despair.

It also doesn’t change the fact that I’m basically alone.  This blog is by far the most social thing I do.  I’m trying to get help, involving medication and (online) therapy, but all that has limitations, and it doesn’t change the fact that I’ve lost almost all the things and people that made me even want to get better and helped me feel at least a little less like a stranded alien***** on an absurd and incomprehensibly irrational world.  I can’t blame anyone for not wanting to be around me; I don’t even want to be around myself.  It’s a weird situation.  I could really use some help—I probably need help, in a highly non-trivial sense of the word “need”—but I don’t think I deserve it and I doubt that it’s worth the effort, for me or for anyone else.  Also, the world frankly doesn’t often seem worth staying in.

On that negative note, I’ll leave you all for the week.  In some sense, I’ll have lived a year between now and my next weekly blog post, which is a weird thought.  I hope you all have a good year in that time and try to treat each other well and cut each other as much slack as you can.  No one here made the world, or their circumstances, or themselves.  Understanding causation can be useful, and preventing harm is beneficial, but the notion of “blame” is something we all could probably do without.  Even us aliens. 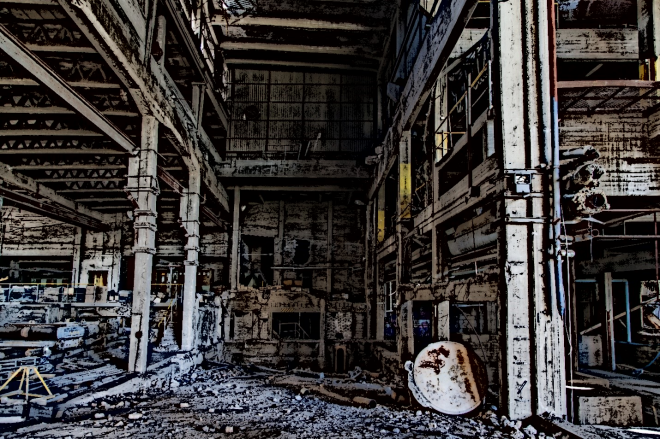 *Sometimes not very short, but not novel length, anyway.

**As well as some more distant but specific ties to The Chasm and the Collision.

***Trying to be mildly healthy if I can, or at least slightly less fat and disgusting.

****Or even before, if that story is too overwhelming to finish.

One thought on “Ruin hath taught me thus to ruminate, that Time will come and take my blog away.”