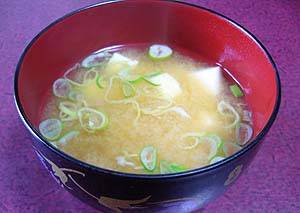 I recently had a friend ask me whether eating and drinking soy products can increase the risk of prostate cancer; he had heard that it can, and that all men should avoid soy “like the plague.”

This question really surprised me, because most of the medical information I have encountered has tended to point in the opposite direction…and for reasons that made good, sound biological sense.  However, I know that good, sound, biological sense doesn’t always pan out.  This is why we have to do actual experiments.  After all the Universe is complex, and the human body is arguably the most complex thing we know of in it.  Often an expected biological effect of some dietary or medical intervention, that seems inescapable on its face, can turn out to be utterly undetectable or at least thoroughly confounded by other consequences.  So, bearing this in mind, I did a little reading, and I learned about at least one source of data that might have been behind what my friend had heard.

First, though, to get back to the believed protective effects of soy:  Soy products contain chemicals called flavones and isoflavones, which are part of a group of biological chemicals called phytoestrogens.  Now, “phyto-” is just a word root that means “plant,” and estrogens are, well…estrogens.  I think most people in America are at least passingly familiar with estrogens, especially given the current controversy over the required coverage of birth control pills.  So phytoestrogens are just estrogens from plants.  In human females (we often refer to them scientifically as “women”), estrogens are among the hormones that control fertility and related processes, and they are quite abundant.  However, in the male body–including that little devil, the prostate–estrogens tend to counter the natural effects of testosterone.

Testosterone is also, I suspect, a hormone of which most Americans are aware.  It is the substance, to paraphrase Dave Barry, that makes men take league softball seriously.  Its actions produce such male secondary sex characteristics as increased muscle mass, facial hair, deeper voices and bar fights.  It is also the hormone responsible for the fact that almost every man who lives long enough–if he isn’t testosterone deficient–will develop prostate enlargement (so-called “benign” prostatic hyperplasia, or BPH), with its lovely constellation of maddening symptoms.  The presence of testosterone can also stimulate the growth of many kinds of prostate cancer, and in fact some treatments for testosterone-sensitive tumors include drugs that directly block testosterone, such as bicalutamide (the name isn’t really that important).

It is thought that the effects of phytoestrogens in soy products are responsible for the protective effects that they may have against prostate cancer.  These effects are not tremendous, nor are they absolutely demonstrated, but they are probably real and the science is sound.  So whence comes the idea of soy actually increasing the risk of prostate cancer?

Well, I found out about a study in Japan that covered a number of different dietary sources of soy and its isoflavones on the risks of development of several subgroups of prostate cancer, including localized and advanced cases.  This was a good country in which to study those effects, because the traditional Japanese diet includes a number of soy staples, including tofu, miso and natto (a kind of fermented soybean concoction).

Not too surprisingly, this study actually generally supported the idea that soy intake in foods (not necessarily supplements) reduces the risk of prostate cancer overall…but there was ONE little peculiar exception.

The study found that increasing intake of miso soup may be associated with a small increased occurrence of advanced prostate cancer in men 60 years of age and older.  Now this reallyis peculiar, because it seems very specific to miso soup, which raises the question of whether there’s something ELSE in miso soup that’s causing this measured increase.  Also, such studies are always inexact because there are so many potential variables that could be influencing the outcomes by other means.  In addition, the number of cases of advanced prostate cancer in this study, compared to the size of the study, was VERY small, which means the statistical connection is quite a bit less robust than it might be.

Nevertheless, I can at least tell my friend this:  Unless he’s eating a LOT of miso soup (and is over 60), he probably doesn’t need to curtail, let alone avoid, soy products.  In fact, he can probably indulge in all the soy milk, tofu and natto he wants, and if anything, it may decrease his risk of prostate cancer a little bit.  It’s even possible (though not clearly demonstrated) that it might reduce his future problems with prostate enlargement.  Of course, the trade-off is that he may find himself caring a little bit less about who wins a particular sporting event.  Still, having treated a good number of men suffering from prostate problems of various kinds, I can assure you, that would be an extremely small price to pay. 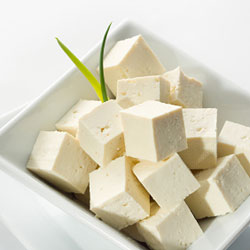 2 thoughts on ““I Am” (Soy) Isoflavones, and I (probably) Decrease the Risk of Prostate Cancer”