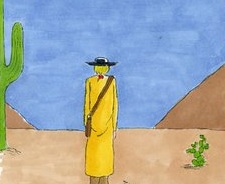 Hello and good morning!  It’s another Thursday, and therefore time for another blog entry.  In fact, this morning, when activating my computer (which had self-restarted due to one of the seemingly endless “updates” from Windows…which don’t appear to engender any improvement of function whatsoever) I began, by force of habit, to seek out the last point at which I had been editing Unanimity.  Then I caught myself and remembered, “Wait, it’s blog day.”  Those were, as well as I can recall, my actual internal words.  Maybe I should re-christen this day of the week.  Who knows, if my writing eventually comes to influence the wide world enough, we English speakers might cast aside the traditional Norse name, which gives homage to a character now most widely remembered as being played by Chris Hemsworth.*

If I had a hammer…

It’s been a fairly drab and inauspicious week for me.  There’s not much going on that wasn’t doing so already.  I certainly haven’t been keeping up with current events or anything else floating around regular, virtual, or social media.  I occasionally go on the Google News “App”, just to skim through the headlines, but I don’t think I’ve so much as clicked on a single story in well over a week.  I haven’t even been listening to podcasts, or to Audible books, or even to music during my commute.  I just can’t seem to stir any interest in anything, even in books and shows and movies that used to enthrall me.  All this, despite months of ongoing treatment for my dysthymia/depression.

Oh, well, whataya gonna do?  The universe does not bargain, it cuts no special deals, and it makes only one promise to us all.

I have of course, as might be obvious from my comments above, been working steadily on Unanimity.  I’m approaching the end of the book for the second time (really the third, if you count when I wrote it).  Much, much works remains to be done, of course, but I’m still enjoying the story.  Thus, at least one person in the world will do so, and I suppose that’s a good enough reason to have written it.

I think I’ve mentioned before that I have a difficult time self-promoting, and I’m at least mildly embarrassed bordering on ashamed when I force myself to do it.  At times in the past I’ve rued this character trait of mine, and I’ve wished I could be much more of a sounding brass, but the advents of Kanye West and Donald Trump have reassured me that grandiosity is vastly overrated.**  There’s probably a happy medium somewhere (who runs a successful fortune-telling shop, one presumes), but if there is, I haven’t located it.

I’ve encountered a few germs of ideas for new stories this week—probably short stories—and jotted them down in my memo app, as I do.  That’s always pleasing in at least a small way.  There are many, many such little phrases, sentences, and paragraphs in the that file, but it’s difficult to predict how many of them will eventually become full-fledged stories.

I’ve also been diddling away at musical projects.  As I think I’ve said before, I’ve been working on a rebuild of Breaking Me Down, my personal best musical, or at least lyrical, expression of depression (sounds like a blast, right?).  I’ve learned a thing or two since I first threw it together, and I think it’s definitely improving.  I’ve also been working on a new song, which will be slower and will probably sound moodier than Breaking Me Down, but its words are much more…well, not entirely positive, but at least ambiguous, and its ending is, if not truly uplifting, at least hopeful…I think.

It’s a tough situation where you’re not even clear about the meaning of your own poetry.  Oh, well.

And that’s pretty much all I have to report for the moment.  Apologies if it’s not very gripping, but most days, and most weeks, are ordinary, after all.  I hope you’re all well, and that your futures are very bright indeed…but not so bright as to be blinding.

*Not to say he doesn’t do a terrific job.  It’s not easy to make Thor—the comic book character—cool, but he succeeds in spades.

**Especially by the grandiose.

For those of you in the United States, I hope you had an excellent Independence Day yesterday.  Earlier in the week, I wrote a blog post on Iterations of Zero encouraging Americans to remember the meaning behind the holiday; you can read it here if you so desire.

My fiction writing (and my reading/promoting of already existing fiction) goes well.  I’m almost done recording chapter 5 of The Chasm and the Collision.  It’s slightly longer than the previous chapters, so editing it may take more time, but I still expect it to be available for your listening pleasure* by the end of next week, or perhaps by the middle of the following week.  Reading for audio seems to take much less time than editing; this is in contrast to the process of writing a story, where the composition takes far longer than the editing process, even when that editing is thoroughly draconian. END_OF_DOCUMENT_TOKEN_TO_BE_REPLACED

I’m going to keep things short today, because I’m racing against the clock to finish my new short story, so I can have it edited and ready in time for Halloween—and hopefully at least a little bit before.  I’ve been roaring along on it, writing a good two thousand words a day (and yesterday I wrote 3000, possibly because my subconscious mind knew I’d need to get some extra work in to make up for this blog post, but more likely just because I’m getting near the end, and it’s getting exciting).

I expect to finish the story within the next few days.  Then begins the task of editing, which I’m going to have to do at breakneck speed to be able to put it up in time.  The good thing about doing this on the blog, though—as opposed to releasing it as part of a book—is that, even if it’s not quite as perfect as I would have wanted it to be when I do post it, I can always fix it more later.

Which reminds me of “Prometheus and Chiron.”  I haven’t yet finished the editing of the audio of that story—really, I haven’t even begun the process.  I’ve been too focused on this new one; the lamentable intrusion of having to make a living is another obstacle, as well.  But I will get there, and I may be able to finish it in time to release it too before Halloween.  That would be nice, and would also be appropriate, given the nature of the story.

And that, I think, is enough of an update for today.  I apologize if its brevity is disappointing to you.  If its brevity is pleasurable, then “You’re welcome.”  In any case, be well, enjoy reading, have fun in the lead-up to Halloween, and…