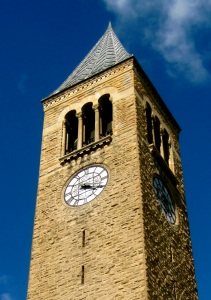 Greetings and good wishes.  It’s Thursday, and thus time for a new blog post.  Another week has passed.  It may well still exist in a General Relativistic “block universe,” but that for those of us who live within the perceived flow of time it’s gone forever.

I hope you’re all doing well.  This time next week will be roughly the date of the vernal equinox, after which, in the northern hemisphere, daytime will be longer than nighttime for six months.  That’s something pleasant for most of us to anticipate (I say “most” because, unless I’m mistaken, the majority of the human race lives in the northern hemisphere…please correct me if I’m wrong).  Also, of course, for us Americans who don’t live in Arizona, last Sunday was the morning of “springing forward,” when we move our clocks ahead an hour in obedience to the whims of Daylight Savings Time (for most clocks I use, the computers themselves did that job).

Tomorrow is my brother’s birthday, by the way, so if any of my readers know him, please take a moment to wish him the best and happiest of possible days.  He certainly deserves it; it’s not his fault that he has a sibling like me.

In all seriousness, he’s a heck of a guy.  I think I’m being quite honest in saying that he’s one of the nicest people I’ve ever known.  My parents certainly did an excellent job with my older brother, and before him with my older sister.  I guess by the time I was born they were just too exhausted to keep up the good work.

I’m kidding, of course.  They did just as good a job with me.  It’s simply a brute fact that, every now and then, a factory will produce a lemon, through no fault of anyone who works there.

Speaking of myself—which is mainly what I do here—it’s been interesting to discover how personal my new story (working title: Safety Valve) is.  That’s the one that started out as a simple short story notion, and which I hadn’t really planned to write at this time but decided to do rather than another story that was too similar in genre to its predecessor.  Now, obviously, it’s a story idea that I had, and which I wrote down, so it comes from me, but it’s remarkable to realize how much meat the idea has, and how much it touches the feelings and experiences of my life.  I’m not sure that this will be obvious to the story’s eventual readers, but it really does have a visceral resonance with me that’s quite unexpected.  This may not be entirely a good thing.  It doesn’t make the writing, or the story, especially joyful, but it does make the process gripping…which is good, because the story is far from finished.

At the same time, I’m puttering along on the editing of Unanimity, which is going to be a long process.  I need to pick up the pace a bit.  I also need to start editing Free Range Meat, my most recent short story.  That’s almost certainly going to be my next published bit of fiction, and there’s no good reason for it to take very long.

In other news, my notion to set aside certain moments during the day—my equivalent of “smoke breaks”—to produce blog posts for Iterations of Zero has not panned out as planned.  However, though “you can’t always get what you want,” it turns out that “if you try sometimes, you get what you need” *.  In this case, I decided to do what I’d meant to do in writing for IoZ as audio instead.  I’ve already recorded and edited a highly non-focused first episode.  I’ll be posting it shortly, probably this very day, and I invite anyone who’s interested, and who has roughly a half-hour of idle time, to listen to it.  I’d dearly love some feedback, as I have no idea how good, bad, or ugly it might be.  At least, I have no idea that isn’t colored by my own point of view.

And, speaking of disjointed collections of thoughts—which I was; see for yourself—this week’s blog post seems about done.  Once again, I wish all of you a tremendous surfeit of happiness, a deep and abiding sense of satisfaction, and a statistically implausible amount of good luck.

*I forget who said that