Note: This story will appear in my upcoming collection Dr. Elessar’s Cabinet of Curiosities, and that’s why I’m posting this teaser.  However, it has already been published in “Kindle” format, and there is a link to that below, in case you cannot wait for The Cabinet to be published. 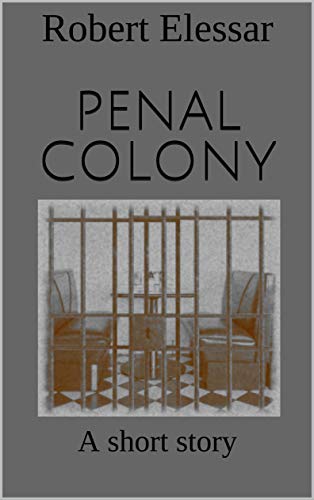 It was chilly bordering on truly cold that Thursday night, which had now become Friday morning.  Paul Taylor stumbled through the rear exit of a popular bar, not too much the worse for wear, and headed toward the twenty-four-hour, self-pay lot in which his car was parked, a few blocks away.

When he’d left the car for the evening, to continue a group celebration of the closing of a major contract at the small ad agency where he worked, the whole area had been surprisingly crowded.  In some circles, it seemed, Thursday was the new Friday when it came to partying.  For Paul, however, this was a departure from the norm, as was having more than a few drinks in an evening.  He’d stayed at the bar later than the rest of the team, both because he’d been surprised to find himself enjoying karaoke night—he’d happily and repeatedly punished all those present with his crooning—and because he’d wanted to wait out the effects of a frankly irresponsible binge of mixed drinks.

He’d used the occasion as an excuse to sample several cocktails he’d never tried before, including—but not limited to—a mojito, a fuzzy navel, a tequila sunrise, and a Manhattan.  By ten o’clock, he’d been positively reeling, comically unsteady on his feet, and quite a bit more extroverted than usual.  It was just as well that the team had gone out for a large meal before hitting the bar, or Paul surely would have been both barely conscious and violently ill.  As it was, he’d apparently just become a charming buffoon; no one had seemed offended.

Finally, as others had begun to leave, a few had offered Paul a ride.  When he’d declined, stating that he was still enjoying himself too much to go home yet, he’d been strongly urged to get an Uber or to call a cab when he did, but definitely not to drive in the state he was in.  He had promised to comply.

The more he’d thought about it, though, the more he’d been reluctant to leave his car in the parking lot overnight.  It was unattended—payment was by credit card, swiped first when one entered the lot, then swiped again when one left—and it was not cheap.  If a car stayed overnight, or if a driver left without remembering to swipe a second time, the daily maximum charge of fifty dollars automatically applied.

Paul could afford it—his drinks alone had cost well beyond that amount—but he bristled at the notion.  Also, he worried about what might happen to his car.  This was not a terrible part of town, and his Nissan was not particularly tempting, but still…

Reluctantly, at about eleven, he’d started ordering alternating Coke and orange juice instead of alcohol, waiting for his intoxication to fade enough for him to make the trip.  Now, at nearly closing time, he felt sober enough that he could drive without endangering the few other travelers still on the road.  He supposed he might be wrong—advertising people were, he knew, at least as good at beguiling themselves as they were at convincing others—but he felt that his coordination was at least tolerable.  His stumbling bar exit had been an honest case of tripping over an uneven spot in the doorway, and he had easily righted himself.  That had to count for something.

Glad of his long topcoat, Paul cinched it closed and buttoned it as he walked toward the parking lot.  He suspected that, had he left at eleven, he probably wouldn’t even have felt the chill, but he felt it now, another mark in the relative sobriety column.  His breath conjured a faint mist as he walked.  The cold didn’t bother him much, though; he was in too good a mood.  He hummed one of the songs he’d sung earlier as he strolled.

He passed an empty lot as he approached the one where his car waited.  This first parking area seemed to serve a nearby small office building and was clearly private.  Though not truly fenced in, it was surrounded by a low cable barrier—more a psychological impediment than a physical one—and there was ample signage, no doubt threatening unauthorized parkers with rapid towing should they park their cars there illegally.  Paul couldn’t blame the owner of the lot for a bit of defensiveness; the temptation for night-lifers to use those free spaces was surely enormous.  The lot entrance was currently blocked by a chain secured with a serious padlock.  There were probably cameras trained on it as well.

Paul was nearly past this first lot, already reaching for his keys, when he heard a strange sound, something between a whoosh and a pop.  This was followed immediately by a voice saying, “Please!  Don’t do this…to…to me…”

The voice tapered off, but even before it had reached the end of its cry, Paul had stopped and looked toward its source.

A man stood roughly in the middle of the lot.

Paul blinked.  Hadn’t that lot just been empty?  There were no dumpsters, no bushes, no trash cans…nothing that could readily hide a grown man.  Where had this guy come from?  Had Paul just not noticed him, his mind clouded by residual booze?  It felt unlikely.  This man wasn’t dressed for skulking; he wore a white, long-sleeved shirt and a pair of neatly pressed olive trousers.  His shoes were dark, but his skin was almost as pale as his shirt, and in the rear lights of the office building, he all but glowed.

Where the heck had this guy come from?

The man in question didn’t seem to notice Paul.  He looked around jerkily, as if surprised by his surroundings.  Then, to Paul’s alarmed concern, the man seemed to lose strength and sank, not too gently, to his knees.

Paul heard him moan, “No…”  He could see the prominent mist created by the exhaled syllable.

“No, no, no,” the man repeated, not loudly, not as if he were trying to argue with someone.  His tone was dreadful and hollow.  His arms hung limply at his sides, and he squatted on his haunches, his head slightly back, looking away into a distant nothing.

Paul thought that he’d never heard or seen such despair before.

He, on other hand, was uplifted by the effects of his celebration and by what he’d been celebrating.  In such a mood, he didn’t like to ignore someone so plainly miserable.  “Hey,” he called out, pleased as he did to note that his words were not slurred.  “Are you okay?”

He knew it was a stupid question, but he really just meant it as a signal that he was there, and that he was concerned.

The man at first seemed not to believe Paul was real—which Paul supposed could be excused, given the lateness of the hour.  Other than the two of them, the immediate vicinity was deserted.  A block over, no doubt, on the main thoroughfare, there were probably still some pedestrians, but here, in the rear of the main strip, the land of parking lots and small office buildings was uninhabited except for Paul and this new man.

The man stared at Paul, but several seconds passed before he began a response, which consisted of him slowly shaking his head and repeating, “No.”

His sense of benignity buoying and impelling him, Paul started to move.  He stepped easily over the lot’s wire barrier and strode toward the man.  “What’s wrong?” he asked.  “What happened?”  As he got closer, he confirmed to himself that this was no homeless person.  Not that he wouldn’t have wanted to help a homeless man if he’d encountered one in such visible despair, but he would have felt more awkward.  He had little shared experience with such individuals.

This man’s clothes, though, might have been purchased that very day from Nordstrom, so pristine and well-pressed were they.  Paul couldn’t currently see the man’s shoes, but he would have bet that they were shined to within an inch of their lives.  He couldn’t help but feel some automatic respect for someone who dressed so well.

In response to Paul’s inquiry, the man gazed up at him as he approached, mouth hanging slightly open.  Then he looked back down at the pavement, shaking his head slowly.

Reaching the man, feeling a sympathetic ache that weakly mirrored the man’s obvious despondency, Paul nevertheless tried to be upbeat.  “Hey, come on,” he said, holding a hand out.  “Let’s get you on your feet.  The ground’s cold, and it’s a shame to dirty your pants like that.”

The man looked up at Paul’s hand as though not recognizing what it was.  Then he looked down at his knees, perhaps prodded by Paul’s comment.  Finally, to Paul’s mild surprise, he gave a tiny nod, looked back up, and reached his previously limp right arm up to take Paul’s hand.

The man’s grip was firm, but his skin was cool, probably because the air was so chilly.  Paul noticed that the man’s palm and fingers were uncalloused.  This was a man who did whatever work he did with his mind, possibly on a computer, possibly just giving orders to others.  This was a thoroughly white-collar individual.

As he pulled the man to his feet, giving a tiny grunt despite the man’s slight frame, Paul said, “There you go.”  He looked down at the front of the man’s trousers, resisting the urge to brush them off.  Once the man was safely upright and clearly steady, Paul let his hand go.  It fell, limp, hanging along the seam of those excellent olive trousers.

“So, what’s going on?” Paul asked.  “What’s got you down?”  Striving still for light-heartedness, and to make the man feel less pressured, he added, “And where the heck did you come from?  I could’ve sworn this was an empty parking lot until I heard you just now.”

The man looked at him blankly.  Then, after swallowing, he said, “You wouldn’t believe me if I told you.”