Good morning and hello everyone.  I hope you’re all doing well.  It’s Thursday, as you know, and so it’s time for another weekly edition of my blog.  This being the second Thursday of the month, it would have been an edition of “My Heroes Have Always Been Villains,” had I been able to keep that feature going*.

Work has continued on The Vagabond quite nicely; I finished the first run-through early this week, which served to familiarize me once again with my book that I wrote so long ago.  It sometimes feels like a very long time ago, and I guess it was…between twenty and thirty years, or more than half my life.  Weirdly, though—since it has been quite a while, and in some ways, it seems like ages—when reading it, I have to admit that it also seems quite fresh and recent.  I feel very much just the same person as I was when I wrote the novel, which is almost ridiculous considering how many things have happened to me since then**.  I suppose this is just one of the peculiarities of human consciousness…or at least of my own consciousness, which may or may not be considered human, depending upon whom you ask.

I think I wrote last time about how a woman in my office asked about my books for her son.  Well, as promised, I got the boy a copy of The Chasm and the Collision, and I got a copy of Unanimity Book 1 for her (definitely not for him).  She told me a few days ago that her son had been reading CatC and enjoying it and had reached chapter 4 already.  Because of that, I decided I’d read that chapter myself again, just to know exactly where he was.  It’s okay for me to skip ahead; I already know what happened.

Well, I’m pleased to say that I really enjoyed it, and on and off I’ve been reading further***.  As I’ve said before, it’s my most family-friendly book, having been written about three middle-school students, and being therefore written for middle school students, as well as for “children of all ages” as they say.  That’s not to say it’s a childish or light-hearted book; there are some rather scary and dark portions, and it’s not short, except when compared to Unanimity.  It’s nominally a fantasy adventure, and without dark and dangerous forces, such stories don’t work at all.  My sister, who is older than I am and reads even more, says it’s her favorite of my books, and that the main character, Alex, is her favorite of my characters.  I might have mentioned that last week.  Apologies for redundancy.

I say it’s “nominally” a fantasy adventure because it could be more literally described as a science fiction story.  There’s nothing “magical” in it, and even the “travel to other worlds” aspect uses concepts that I cobbled from M Theory, as I understand it from my layperson’s perspective, drawn from the popular works of Brian Greene, Lisa Randall, Stephen Hawking, and the like.  Don’t worry, I don’t get much into that—I don’t know enough of it to do so even if I wanted to—but it does give me an arguably plausible way to bring in other universes and the spaces between them, and the possibility that the Big Bang was caused by two “branes” colliding with each other…and that such a collision might happen again.  (The word “brane” never appears in the story, however.)

Anyway, don’t worry about all that.  It’s a highly speculative science fiction story that really has the character of a youth fantasy adventure.  It even contains some environmentalist ideas, though they are by no means in your face.  I know, right?  A book by me, displaying any kind of conscience?  What’s the world coming to?  But again, you don’t have to worry about all that.  It’s a fantasy adventure about three middle-school students who get caught up in an inter-universal crisis and must do their best to help avert cosmic catastrophe while not getting in trouble for missing school.  I’m proud of it, and I can pretty much recommend it to anyone without reservation.  It doesn’t contain even a single instance of profanity!  I do encourage you to read it if you like that sort of thing.

Speaking of that, I would like humbly to request that, for those of you who have read my stories and books, could you perhaps take a moment to go to Amazon and rate and/or review them?  I considered doing it myself, as a kind of joke—making it clear that I was the author writing the review—but that seemed just too cheesy, and I don’t think Amazon lets authors do that, anyway.  I’m fairly sure they block reviews from people who have a financial interest in a book, which seems impressively and surprisingly ethical of them.  I can’t help but approve.

Finally, I’m thinking about releasing another of my songs as an official “single” to be put up on Spotify, YouTube Music, iTunes, Pandora, etc., like Like and Share, Schrödinger’s Head, and Catechism, but I only have two more original songs so far that could be so released:  Breaking Me Down and Come Back Again.  I’ve linked to their “videos”, so if any of you want to have a listen and give me your recommendations—even if that includes a recommendation never to allow human ears to hear the songs again for the sake of all that’s good and pure—I’ll gladly take your input.  I won’t necessarily follow it, but I would love to have it.

With that, I’ll leave you again for this week.  I’ve still not been able to kick-start myself into doing more with Iterations of Zero, though I have drafts of a few things.  Keep your eyes open, if you’re interested.  And, honestly, do consider reading The Chasm and the Collision.  Heck, if you can figure out how to work it out, I’ll gladly autograph a copy for you, for what that’s worth.  Most importantly, continue to take good care of yourselves and your family, friends, and neighbors, and stay safe and healthy. 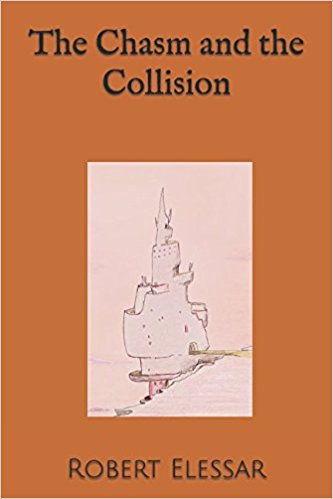 *No, I haven’t gotten over it yet.  Maybe I’ll try to do one of them a year or something, perhaps around Halloween.

**Including, but not limited to, medical school, residency, moving to Florida, having kids, acquiring a severe back injury and chronic nerve pain, getting divorced, spending time as an involuntary guest of the Florida DOC and as a consequence being unable to practice medicine or vote among them…all sorts of interesting things that make for a most stormy life so far.

***Interspersed with reading Why We Sleep, by Matthew Walker, PhD.  This is a very good and, I think, very important book.  I encourage you to read it.

One thought on “I blog of dreams, which are the children of an idle brain, begot of nothing but vain fantasy”