Hello and good morning.  It’s Thursday, and thus it’s time for another edition of my weekly blog post.  Windows, et al recently updated twice (yesterday and a few days before), and that seems to have done more harm than good so far, but hopefully I won’t have too much trouble getting this written and posted.  We shall see.

It’s been a reasonably productive week.  I’ve worked steadily on In the Shade.  I’m near the climax, when the worst of the bad things happen (it’s a horror story, so that’s only to be expected), but I’m going a bit more slowly this week, so it will take a bit longer than I previously expected it to take.  Also, as you all probably know by now, my writing tends to balloon rather easily, so it’s becoming longer than I guessed it would.  That seems to be the usual case with all human endeavors (I think this was discussed nicely in Daniel Kahneman’s Thinking, Fast and Slow, a book I can highly recommend).

I’ve generally made a key part of my editing/rewriting process a targeted trimming of word counts, usually by a set percent (at least), and for the most part I’ve been able to reach that target.  Still, I may need to raise my reduction goal and be more dogmatic in its application.  I try to do this with my blog posts, though the short time given to writing them in the midst of my otherwise full days* impairs that process slightly.  As a historical person, possibly Benjamin Franklin, is reputed to have implied, it often takes longer to write a short piece than to write a long one.  But trimming away excess is important, and I’m capable of producing copious quantities of excess.

I’ve posted some of the guitar/singing videos I did last week, and I even recorded two more of them last Friday.  The process was decently enjoyable, though seeing myself on the screen is not an easy pill to swallow.  Nevertheless, given how popular videos about ideas are—I enjoy many of them, myself—I thought that I’d try to incorporate video into my other blog, Iterations of Zero, using video to produce the equivalent of articles or essays that I had planned to write, but which I haven’t been able to work into my schedule, or into my mental energy budget, or whatever you might want to call it.

I recorded a brief introduction to this idea, and I’ve been working on editing that video, but trimming out my hems and haws and pauses has led me to realize that the Microsoft basic video editor is just too cumbersome a tool for such purposes in the long run.  So, I went to How-To Geek, a most useful resource, and found an article in which they reviewed various free video editors**.  I have downloaded one of them.  I’ll finish the video I’ve already started using the Microsoft editor, but will probably then experiment with this new one.  It has online video tutorials, and these are—as one would expect—quite well produced.

I’m not the most committed person to using instruction manuals for such things; I often try to figure them out as I go along, seeing what works for my purposes, consulting manuals only when I want to do something and am not sure how to go about it.  Usually, successful computer programs are written in reasonably logical ways, so I can usually figure out how they do what they are supposed to do.  Sometimes I learn about things that I would never have thought to use otherwise, just by poking and playing around.

Anyway, I mean to at least try to use the IoZ platform to share these videos, though I’ll upload them to YouTube, which has much more available video storage space; that is, after all, its entire function.  I may try to put together some better videos of me playing music (both better video and better playing, hopefully), and I’ll let you know if I do.  For now, if you want, you can watch recent videos of me playing Pigs on the Wing, a demo of a song I’m working on called Mercury Lamp, and a less well-done video of Wish You Were Here, which I posted on April 20th in (dubious?) honor of my son’s 21st birthday***.

There’s not much more to say that anyone would probably be interested in reading; I tend to be a bit of a downer.  Dr. Elessar’s Cabinet of Curiosities will be coming before too long, once I’ve finished and edited the last story in the collection (see above) and decided how to put it together.  Then, of course, I’ll finish Outlaw’s Mind and release that as a stand-alone novella, before going on to whatever work I decide on next.

That is, of course, unless some meteor strike or some such kills me in the meantime.  We can all hope for and dream of such things, right? 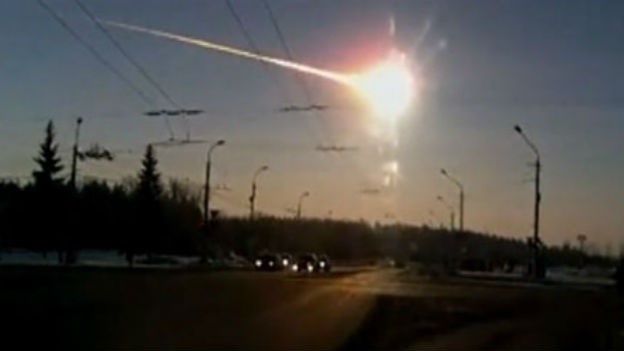 *Full with work of various kinds, as well as commuting.  I have no social life.

**They all have options for paid upgrades if one develops the need for them.  The one I chose seems reasonably priced—certainly compared to Adobe software.  I’ve used Adobe’s video editor in the past, when you could buy it in a box and load it onto your computer and didn’t have to pay an outrageous monthly fee and get online to use it.  But who knows, I may eventually go back there in its modern incarnation.

***He’s alive and well, by the way—so I’m told—so don’t worry about that.  He just hasn’t spoken to me in eight years or so, by his choice.  So, particularly on a milestone birthday, I find his absence extremely painful—his birth, and his existence, was the greatest thing that had ever happened in my life, equaled since only by the birth of his sister 17 months later.  Tuesday was not a good day for me.  This is not a good week for me.  I’m sure I deserve it.

5 thoughts on “The bay-trees in our country are all withered, and meteors fright the fixèd blogs of heaven.”