Good morning, all.  It’s Thursday again, as so often seems to happen right after Wednesday, and so—whether you would wish it or not—it’s time for another edition of my weekly blog post.

Before I say anything else, I want to let you know that I have finally written a new post for Iterations of Zero, which I titled “Some Universes Even Go Both Ways”.  It’s a slightly fanciful, broad, and quite non-rigorous “thought experiment” about whether there’s any reason the Big Bang (specifically involving inflationary cosmology in my ponderings, though that’s not a requirement for the point I made) wouldn’t happen in both directions in time.  If you like that kind of thing, please feel free to read it.  It was fun to write, though I don’t know how well that predicts how much fun it will be to read.

I’m currently enjoying a book called The End of Everything (Astrophysically Speaking) by Katie Mack*, and just this morning, while reading along, I learned that there’s a relatively new version of the “ekpyrotic universe” proposal that has some things in common with the ideas from my blog post, including universes that face toward or away from each other in time.  Mack doesn’t go into much detail about the hypothesis, but it comes from real, serious, working physicists, so it’s sure to be much more well-thought-out than my little indulgence.  Such coincidences do, at least, make one feel moderately clever, since serious people are exploring ideas that are not entirely unlike something one thought of on one’s own.  Don’t go looking for me on the short list for the Nobel Prize in Physics anytime soon, though**.

Of course, I’ve dealt with other fairly high-level physics concepts in a couple of my novels, including The Chasm and the Collision—which imports crude concepts from M Theory—and Son of Man in which I introduce the idea of using particles that travel through complex time as a way of precisely scanning events that happened in the past without upsetting those particles (I first encountered the notion of complex time in A Brief History of Time, which is still a great book, even if some of its speculations have been ruled out).  I also threw in a bit of repulsive gravity, engineered through the creation of a highly uniform quantum field to create negative pressure (I used it to make floating buses, of all things) in Son of Man.  But of course, these ideas are just plot devices for me, and neither book could honestly be considered “hard” science fiction.  Still, neither one involves anything technically supernatural, even though I call CatC a fantasy adventure story.

The Vagabond, on the other hand, does involve the supernatural, it being a supernatural horror story, and the process of editing it is going along pretty well, especially now that I’m done with my latest “bad cover”.  I’m almost finished with my second run-through of the book; I’ve continued to need to tweak things to adjust for contradictions in the flow of the original story as written.  These mostly deal with times and days of the week, which I evidently didn’t give much attention when I was writing the novel (probably because I wrote it over such a long and intermittent period of time, myself).  I certainly didn’t give them the attention I should have.  It’s still a fun story, though, and I’m smoothing out the rough edges as I go along.

Speaking of the “supernatural”, as in contrast to science fiction, I may have said before that I think all so-called supernatural notions in any story’s universe must, in fact, entail a kind of science.  If what we call the supernatural actually exists in some fictional universe, then it is a part of that universe’s nature, and so is not supernatural at all.  It must follow rules and have consistent, non-contradictory characteristics.  If magic followed no rules, then no character would ever be able to use it.  I’d love to be able to talk to Albus Dumbledore about “magic theory” in the Harry Potter universe, since I’m quite sure that he understands as much of it as anyone does.  I’ve always felt a bit disappointed that there weren’t any magic-theory classes at Hogwarts.  Maybe even NEWT students just aren’t ready for it, and they only begin such studies in university.

Are there universities of magic in the Harry Potter universe, as there are regular schools of magic such as Hogwarts?  I imagine there would have to be.  I guess only J. K. Rowling knows for sure…or perhaps even she knows not.  We certainly never read about anyone’s post-graduation education in the books; no one talks about having advanced degrees in Potions or the like.  Maybe I’m asking too much from what were, after all, meant to be kids’ books***.

Anyway, with that rather incoherent bunch of random thoughts, I think I’m nearly done.  Halloween is coming up this Saturday, but it’s going to be a disappointing one, I fear, despite the full moon.  I haven’t written any new stories for the holiday, but I think Prometheus and Chiron, Free Range Meat, and especially Hole for a Heart would make appropriate short stories for your Samhain celebrations, as would the stories in Welcome to Paradox City.  Of course, Unanimity Book 1 and Book 2 are appropriate reading for Halloween at some level, though it’s not really a typical Halloweeny horror story.  Maybe Mark Red, being about a vampire and a demi-vampire, would fit the holiday better.

For me, though, there’s too much real horror—though it’s more depressing than frightening—at the political, cultural, epidemiological, and intellectual level to be able to enjoy celebrating imaginary ghosts and goblins much.  Also, there’s just no one with whom I could really celebrate it.  Maybe I’ll watch a horror movie to take my mind off the much greater, and yet drearier, horror that is reality, from the human to the cosmic to the quantum scale.

Well, that’s okay.  I hope any and all of you who are going to be celebrating enjoy yourselves to fullest extent allowed by human and physical law.  At least it’ll be a good day for wearing masks.  Please stay safe and healthy. 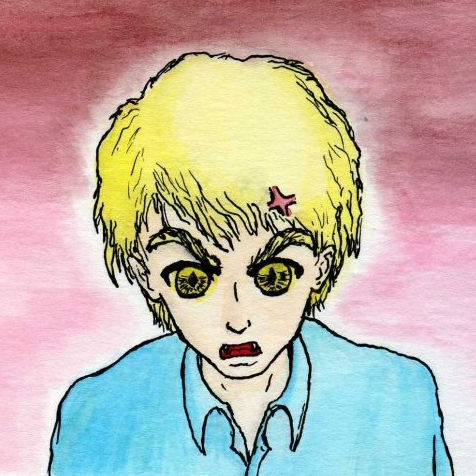 *This was probably the trigger for the thoughts that led me to write the blog post.

**Or for Literature, frankly, which is arguably my central area of focus.  And my ideas relating to Peace, unfortunately, tend to involve the severe reduction of the number of humans in the world, occasionally flirting with a target of zero.  Given the state of human affairs—especially politics—I don’t feel too bad about entertaining such thoughts.  I have a notion that a curve describing the average IQ of the human race might steadily rise as the population lowers, until, just below zero, it reaches some maximum, or perhaps even shoots toward a limit of infinity.  But then, of course, we hit a singularity at zero.  Actually, well before that, the curve becomes nonsensical, since you can’t have fractions of people (as far as I can tell).

***I don’t think I am, nor do I think Rowling would disagree with me—kids can handle far more than “adults” think they can, and often more than “adults” themselves can handle, since they tend not yet to have stifled their creative imaginations.  I suspect that magic theory and university-level education for witches and wizards just didn’t really have anything to do with the story Rowling was telling, so she never brought them up.