Hello, good morning, and welcome to Thursday and to my weekly blog post.  Also, welcome to July.  In the United States, it’s now two days before Independence Day (popularly and rather unimaginatively called “The Fourth of July” by many or perhaps most Americans, but I prefer “Independence Day” as it reminds us what the holiday is about).  One could, if one wished, call today “Independence Eve Eve,” but I doubt that’s going to catch on.

Not much new is going on this week, other than the fact that I am trying to release another single, Schrodinger’s Head.  I was hoping to be able to share links to it in today’s blog post.  However, there is apparently some issue of non-concordance between the cover art and the song name—though, as the one who made both, I’m not sure what the problem is.  Hopefully, it won’t entail any significant rearrangement of the cover I designed, because I quite like it as it is now (see below).  Among other things, I used a tiny black cat’s head (a picture—no real cats were harmed in the making of the graphic, anymore than any real cats are harmed in the canonical “Schrodinger’s cat” thought experiment) next to an otherwise identical white cat’s head to make the umlaut above the “o” in Schrodinger’s name.

It’s possible that this is the issue, and I need to use the umlaut in the official title, making it Schrödinger’s Head.  This wouldn’t be a bad thing, as I believe it is the more correct way to spell the great man’s name, but I wasn’t sure it would be usable in that form on all sites on which it would be available.  Perhaps I underestimate the breadth of available ASCII characters in modern sites, having been born into the computer world with an Apple II+ back in the early ‘80s.

I’m sure the problem is easily solvable, but my frustration tolerance has shrunk precipitously over the years—I think that’s supposed to trend in the opposite direction in most people; I’m not sure why it is as it is with me*—so I was positively fuming this morning when I found out.

More importantly, Unanimity is proceeding swiftly.  I’m more than halfway through the final edit and a nearly equivalent amount of the layout.  I continue to enjoy the process, and in fact I chafed at the fact that I needed to write this blog post today instead of working on the novel.  Still, this weekly blog is a pattern long in the making, and I’m not going to let myself off it just because I’m impatient.  My frustration tolerance may have diminished, but I’m still fairly good at not indulging myself too much in momentary urges.  Hopefully, I won’t lose that strength as time goes by.

I think that Unanimity is a good book, and I think readers will enjoy it…though I expect it will horrify them at many points, and probably not always in ways that they might expect.  It’s certainly not a gothic style horror by any means, despite my previous jokes about it making a better Halloween than Christmas gift.

In a way, you could call it a pseudo-science-fiction horror story, as the causes of the terrible events in it are not overtly supernatural, but are the products of something having gone wrong in the course of normal scientific exploration.  In this, I suppose, it’s more of the Frankenstein family than the Dracula family, but with no anti-science cautionary intent**.  In fact, deep in the dungeons of my mind, as the author, I suspect there may be darker forces at work behind the seeming science-gone-wrong of the story.  I even threw in a brief cameo by a figure from one of my decidedly supernatural short stories, Hole for a Heart, to hint that all may not be quite as it seems.

Of course, I’ve long contended that the very term “supernatural” is superfluous, since anything that exists is, by definition***, part of nature.  So, anything that actually happens to characters and things in my stories is, in their universe, natural, however paranormal it may seem, and there is some underlying “science” to it, though it may be forever unknown.  There must be “laws of magic” just as there are laws of physics, or else no actual phenomena of any consistent kind would be produced.

In fact, one of my ongoing (and only) disappointments about the Harry Potter books is that there isn’t more exploration—perhaps via Dumbledore and/or Hermione—of what magic is and how it works in that world.  I don’t fault J. K. Rowling; that just wasn’t what her stories were about, and it probably would have been a distraction for most readers of what were, nominally, children’s books.

I’d love to know her thoughts on the matter, though.

With that, I think I’ve said and digressed enough.  Hopefully, before this time next week, Schrödinger’s Head will be available for your listening pleasure on many venues.  I’m afraid I took it off YouTube in anticipation of its release, so if you want to hear it, you’ll have to wait a bit.  My apologies.  Still, it’s useful, in these quite troubled times, to have something to which to look forward, and though they may be small consolations, I can at least offer you a song and a story to anticipate. 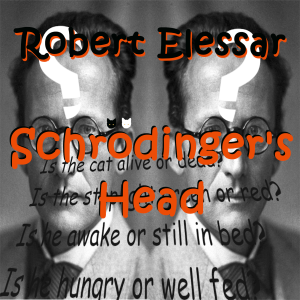 *One might think that, having gone through quite a few severe and extreme frustrations and setbacks in life would make one more tolerant of minor impasses, but the process seems more like chronic pain—the nerves involved get potentiated by repetitive and persistent stimulation and so are more sensitive and harder to shut down.  At least, that’s my hypothesis.

***By my definition, anyway.