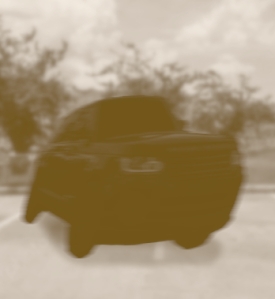 It’s another Thursday, and I again don’t have any goal or point in mind as I begin writing this weekly blog post.  There’s not much new to communicate, except to say that certain previously mentioned things are now more imminent…as, I suppose, should always be the case if any progress is being made at all.

Specifically, I’ve almost finished my design for the cover picture for Free Range Meat,* and plan to have that story out and available for purchase on Amazon (Kindle format only) before August arrives.  It will be available on Kindle Unlimited, like all my short stories, so those of you who subscribe to that will be able to read it for free.  This may or may not be the case with Unanimity when it becomes ready for publication.  The paperback version of that book is going to be sizable, and it’s probably going to be in “trade paperback” format, since in smaller form it would be quite a fat book and/or have quite small print.  I’m not sure how I’ll settle that issue.  Of course, Unanimity will also be available for Kindle.

On other fronts, I’ve been semi-obsessively laboring over the mixing and production of my latest song, Catechism, as I think I mentioned last week.  I’ve learned some new things about the process since I made Schrodinger’s Head and Breaking Me Down, and part of me aches to go back and completely redo them, but that impulse isn’t strong enough—for now—to engender action.  It’s just such a time-consuming process, and when I’m doing it, other things get pushed relatively to the side, including actual, regular practicing of the guitar and even my editing and writing time.

As I’ve said before, this would all be easier and happen faster if I were able to write full time, but since rent must be paid and food must be eaten if I’m to continue writing at all (at least, for more than a month or so), I’m afraid I have to pay those opportunity costs.  Oh, well.  I’m hardly alone in this.

Anyway, the point I was trying to make before I interrupted myself is that, because I’m learning as I go, Catechism is almost certainly going to be better produced and mixed than were my earlier efforts.  Whether or not it’s a good song is a judgement from which I have to recuse myself, being biased as I am.**  It’s peppy, certainly, and nothing like as dark as Breaking Me Down…though not as light-hearted as Schrodinger’s Head either, I have to admit.  I think my composition skills are improving along with my mixing and production skills, and hopefully that means the music is better.  In any case, I kind of like it; I guess that’s got to be worth something.

One of the slightly annoying facts about getting close to putting something out that’s not my main art form is that, as I finish, I get these gnawing and nagging ideas of more songs to do, and I have to resist jumping immediately into such pursuits.  Though editing and all related business is going fairly well, there’s no doubt that it’s been at least mildly slowed by my other activities.  And I have so many more stories to write once this one is done and published.  I have a novella to finish, tentatively titled Escape Valve, and ideas for many other short stories that would be fun.  I also have Neko/Neneko to write, and Dark Fairy and the Desperado, and Changeling in a Shadow World, and more beyond that.  I want to write the sequels to Mark Red, probably after doing a second edition of that novel.  Also, I plan to publish a hard copy collection of my short stories, tentatively titled Dr. Elessar’s Cabinet of Curiosities, which I may have mentioned before.

I really need to win the lottery (which is vanishingly unlikely, especially since I don’t play it), or to find some rich benefactor somewhere.  If anyone knows such a person, I’d be deeply grateful if you’d send them my way.

And with that thought, I’ll call the blog post good for today, and get back to those other things that won’t let me go.  I hope you’re all enjoying the summer, if you’re in the northern hemisphere (and that you’re having a decent winter if you’re in the southern).  As is always implicit, I’d welcome your comments and feedback about anything you feel like commenting on, as long as it’s in good taste…or in bad taste that I happen to share.

*A copy of the draft of the central image is at the head of this blog post.  Yes, it’s supposed to be blurry.

**This does not always take the form of bias in my favor, by the way; I think I’m not alone in being especially harsh in judging my own works, which makes it difficult to promote them enthusiastically.  I occasionally long for the unbridled narcissism of a Kanye West or a Donald Trump.  Well…not really.  But something at least a little closer to such a state would probably serve me better than my frequent and sometimes vicious self-condemnation, overlaid upon a baseline of irritating—and rather ironic—pomposity.  Que lástima.