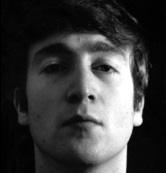 Hello again, good morning again, and welcome to next Thursday.  I promised last week that this week I would discuss the thoughts that popped into my head while listening to the second of the two songs I named last time, so without further ado, let’s jump right into Girl…so to speak.

The notion that this song relates to the experience of addiction is probably pretty obvious, and hopefully I won’t get too ham-fisted about it.  Also, I doubt that John Lennon was thinking about addiction when he wrote it, though he was to become personally all too familiar with the subject in later years.  The type of pining, obsessive love expressed in this song as very much a mixed blessing and curse, is frequent in music* and in poetry, and probably highlights a similar psychology—and even neurology—involved in the two subjects of addiction and “love”.

Of course, the opening lines of the song are nonspecific and literally introductory.  But the second couplet already has sinister undertones: “She’s the kind of girl you want so much, it makes you sorry; still, you don’t regret a single day.”  This is definitely an expression of mixed feelings; the first line frankly contradicts the second.  He wants her so much that it makes him sorry, but he doesn’t regret a single day?  How does that work?  Maybe he’s saying that, while he’s with her, he doesn’t regret it, but when he’s away he wants her so much that it distracts him and gets in his way—it interrupts his focus on other things?  We’ve probably all had something of this experience with a lover or a crush, and of course, some have this experience with other things entirely.  But I suspect that the process is similar in all of them, with the mind’s dopaminergic and serotoninergic, motivational/reward systems being keyed into a particular target, giving us the urge to seek it when we don’t have it, and an increasingly transient satisfaction when we achieve it.

Of course, the next verse becomes more sinister, with its solemn and mournful reflections:  “When I think of all the times I tried so hard to leave her…she will turn to me and start to cry.  And she promises the earth to me, and I believe her.  After all this time, I don’t know why.”

This certainly doesn’t sound like a healthy relationship, either with a person or with a substance, but it’s surely familiar to anyone who’s been in “that” kind of relationship, and to anyone who’s been addicted to anything.  You try to leave, but either literally or figuratively, that object of obsession cries out, if only in your head, and in its crying makes implicit or explicit promises that, if only you come back, you will be joyful, you will be complete, you will surely never be unhappy again.  And of course, this isn’t true.  Maybe just the very first time, a person can be excused—by others and themselves—for falling for the siren song, but after that, even they themselves, some part of them, must know that such promises are broken even in the act of succumbing to them.  But we do so want to believe those promises, don’t we?

Then, of course, we come to the song’s interlude, which is a little vaguer.  But if we’re pushing (and why not?), we can certainly say that an addiction does tend to “put you down when friends are there,” and there are surely many times when, if you can bear to look at yourself, “you feel a fool.”  The next line is perhaps straining the metaphor even further (and again, why not?), but almost all objects of obsessive affection, whether human or chemical or even purely behavioral**, surely do seem to “look good” from the outside to anyone who’s involved with them.  And, of course, they seem quite assured of their beauty, their coolness, their power, if you will.  From the outside.

And, of course, the song’s last verse more obliquely points out the contradictory notions that the pain inevitably caused by abusive/manipulative/codependent people or by the substance of addiction can seem almost as if it/they think that the pain is a favor in and of itself.  In any case, it’s all they really, finally have to offer…evanescent pleasure that’s inextricably tied up with (far more enduring) pain.  And, of course, there’s the hopeless final bit, the notion that by breaking his back—by suffering in any or all of countless ways—a person might somehow come through to the other side and achieve a “day of leisure.”

Maybe this should be likened to the treacherous notion that a person has to “hit rock bottom” before they can ever truly climb out of an addiction.  I say “treacherous” because, first, I don’t think it’s necessarily true, but thinking that it is might discourage some people from otherwise cutting their losses as early as they could, so to speak; and second, because for a large (and growing) number of people, hitting rock bottom (in addiction and even in love) means dying.  There’s no leisure after that, unless you count “resting in peace” as leisure, and I don’t think most people do, enticing though it can sometimes be.  Thus, the final line, “Will she still believe it when he’s dead?”

Anyway, again, I’m not saying that John had any comparison between love and addiction in mind when he wrote the song, but it’s pretty clear that he saw how powerful and dangerous even love itself can be, especially when the object of one’s affections is less than stable and kind.  And it’s just this kind of love that is both celebrated and lamented in so many popular songs and in poetry and in romantic stories throughout the ages.  Thankfully, it’s not the only kind of love.

It’s surely good to be “obsessed” with one’s beloved in a certain sense, to hold them as a centrally important part of one’s life, and to be devoted to them (assuming the feeling is mutual).  But, of course, if one gives one’s devotion to a person who doesn’t share or return it, and who might even hold one in contempt, then pain is likely to far outweigh any pleasure, at least when integrated over time.

In other news, Unanimity is coming along, and I’m within distant sight of the end of my first rewrite of my half-a-million-word novel.  Cheese and crackers!  I’ve got a long way to go.  At least I’m finding the story enjoyable, especially as it gets nearer the end.  The earlier bits need a bit more tweaking than the later, but that’s the job, after all.

I still haven’t come to a final decision about consolidating my blogs.  I’m torn; I love the title “Iterations of Zero,” and I really like the image symbol I made for the site, but that may not be reason enough to keep it around.  It costs me at least a bit of money to maintain it in full function, and I’m certainly not making any money from it.  We’ll see.

I hope you’ve enjoyed, at least a little, my rather heavy-handed reaction/thoughts about Girl, and last week’s discursion on one line from People Are Strange.  Such explorations probably won’t happen too often, but for me, at least, it’s nice to have a change of pace.

I wish you all a Happy Solstice tomorrow, and in the northern hemisphere, a happy summer to follow.

*For instance, You’ve Really Got A Hold on Me, which the Beatles covered.

**Such as gambling addiction, for instance.